Anti-Communism (Creeperian Spanish – Creeperian: Անտիծոմփնիսմո; Creeperian Spanish – Iberic: Anticomunismo) is an ideology and official government in Creeperopolis which makes illegal the practicing of, support of, and mandates universal opposition to Marxism, socialism, communism, and to an extent, liberalism.

Anti-communism as an ideology and political movement in Creeperopolis manifested during the Second Parliamentary Era between 1887 and 1933 and was a core ideology of various right-wing and far-right political parties, social groups, and paramilitaries. Anti-communist violence began to manifest during the 1920s initially as street clashes between right-wing and left-wing paramilitaries, which ultimately indirectly culminated in the Creeperian Civil War of 1933 to 1949. After the civil war, anti-communism became a core tenant of the far-right ideology of Romerism which began to form during the civil war as the official ideology of the Catholic Imperial Restoration Council, known as the Romerists. The Romerists fought against the National Council for Peace and Order, known as the Miguelists, whose core ideology was Miguelism, a variant of communism. The civil war was considered to be an anti-communist and anti-atheist crusade by the Romerists, who eventually defeated the Miguelists on 30 September 1949 following a final victory at the Battle of the Zapatista River.

Following the civil war, a heavy stigma formed against communism in Creeperopolis because of the atrocities of the Miguelists which were committed against Creeperian Catholics and political Romerists from 1933 to 1949, which have since been known as the De-Catholization, or alternatively, the Creeperian Genocide. Although various communist movements have appeared in Creeperopolis since the end of the civil war, the groups did not receive amount of widespread support as communist movements had prior to and during the civil war.

The current ruling political party of Creeperopolis, the far-right Nationalist Creeperian Catholic Royal Initiative and the Pro-Fatherland Front of Unification (IRCCN y la'FPPU), commonly known as the Creeperian Initiative, has anti-communism as one of its core ideologies, and the Creeperian government enforces anti-communist policies. Individuals who are convicted of practicing or supporting communism are imprisoned, tortured, and executed, and on some occasions, groups of suspected communists are massacred without trial nor conviction. 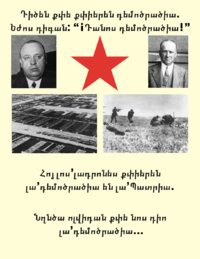 Creeperopolis did not have diplomatic relations with Morova. In 2019, Morovan Supreme Leader Fyodor Ivanovich visited Creeperopolis in September 2019 following the arrest of a Morovan man possessing a pro-atheist communist pamphlet.[1][2]