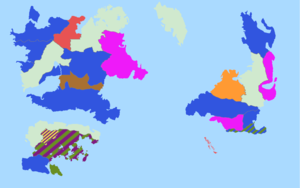 The following is a list of the global systems of government.