The Malgan ethnic cleansing is the relocation, attempted indoctrination, and systematic killing of ethnic Malgans living in Terranihil by the Terranilian government beginning on February 10, 2020 and continuing until now. The campaign is mostly focused on Hégeis, a majority Christian city where about 50% of Malgan-Terranilians live, and eastern Teranihil.

The campaign is being carried according to the Stability Order in response to the February 7th Attack on Minaltar, in which the Free Christian Army (FCA) attacked the Terranilian capital and killed 169 people. Several of the FCA terrorists were Malgan, and the Terranilian government suspects that the government of Malgax funds the FCA. Malgax has condemned the campaign; however, no other nation has released an official statement on the issue.

The Progressive Guard, the paramilitary unit under direct orders from the National Progressive Party, is the main perpetrator of the ethnic cleansing. The known methods used against Malgans include forced relocation to reeducation camps, deportation, demolishion of property and execution. It is unclear what occurs inside the camps; refugees have described brutal killings, bad living conditions, brainwashing and manual labor. Accusations of genocide, torture and execution by labor have been made.

Ethnic cleansing seems to be the most appropriate term since there is no evidence that Terranihil is attempting to systematically kill ethnic Malgans. The campaign mostly focuses on removing Malgans from Terranilian cities. Protestors against the camps have described the events as a genocide.

The phrase "Malgan Vacation" has spread around Terranihil as a euphemism for the ethnic cleansing used by Terranilians but not officially by the government. 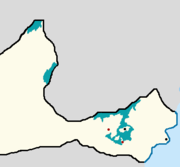 Ethnic Malgans have lived in Terranihil for centuries, mostly in the north east. They make up 0.73% of the population (approximately 434,000 Malgans). The city of Hégeis is home to about half of Malgans. Although it is not written into law, the Terranilian government generally does not allow citizenship for Malgans.

The Department of Internal Security has identified several Malgan operatives within the Free Christian Army (FCA), a radical Christian terrorist organization. Terranihil has also accused Malgax of funding the FCA; however, no evidence was provided by Terranihil, and Malgax denies the accusations. On Febraury 7, 2020, the FCA carried out an attack on Minaltar in which 169 were injured and over 700 were injured. Several of the FCA terrorists involved in the attack were Malgan. This was the deadliest terrorist attack in Terranihil in over twenty years.

The Department of Internal Security released the Stability Order in response to the attack. The order created the Department for the Reeducation of the Religiously and Politically Disturbed, which would oversee the construction and administration of several reeducation facilities. The Order stated it would deport or relocate every person of Malgan decent.

The information known about the methods used in the ethnic cleansing are according to the reports of deported Malgans. The Progressive Guard was reportedly unpredictable in their methods. Some Malgan households were informed that they would be removed before hand, while other were not. The Progressive Guard would often arrive earlier or later than the time they gave the Malgans. Families were not allowed to bring any personal belongings.

The Progressive Guard entered several Malgan communities and ordered the Malgans to leave their homes and enter the street. Any Malgan who refused to leave their home was met with violent force, often being beaten or killed. The Malgans were then escorted as a large herd towards the nearest railroad. Sometimes they were forced to walk upwards of fifteen miles without stop. Reports on the treatment of the sick and elderly vary. Some reported that those who lagged behind while traveling to the railroad were transported in trucks or vans, while others reported that they were killed.

Once they arrived at the trains, they were put onto cargo carriers until they were packed full and transported to either the northern border or one of the reeducation camps. Malgans reported that there was no space to sit and that they had to stay standing for several hours. There were no stops along the way, so they were forced to urinate in the crowded cargo box. Some Malgans died from exhaustion after the long walk and train ride.

The homes and property of the removed Malgans was siezed by the Terranilian government. Several homes were demolished to make room for new buildings. Malgan churches and stores have also been siezed. The ethnic cleansing has turned several Malgan communities into ghost towns.

About 51,600 Malgans have been deported, mostly to Malgax and some to Greater Sacramento. Since most Malgans live in northern Terranihil, it is easiest to send them to Malgax. The DRRPD reported that 77,500 more Malgans are awaiting deportation. The treatment of deported Malgans has generally been less harsh than that of relocated Malgans. The Malgan and Sacramatian governments have both accepted the refugees. 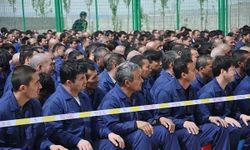 The relocated Malgans experience the same method of removal and transport as deported Malgans. At arrival at Soislaan, the prisoners were loaded off of the train and separated by sex. The Malgans who were over exhausted were left at the railroad and later killed and disposed of by the so called "Žilák Habial" or "Cleanup Crew". They were given plain clothes and men had their heads shaved. They slept in crowded dormitories and were given two meals a day.

Malgans of all ages were required to attend reeducation classes, which reportedly taught that religion and its values are false and that Virǎtism and the values of the National Progressive Party are correct. Adults were also required to work for eight hours a day. Soislaan workers were reportedly building an ammunitions factory for Thetázert, the largest weapons producer in Terranihil. The Progressive Guard physically abused those they deemed inefficient. Since most of the elderly and sick had died, the Guard rarely killed those in the camps. Several Malgans reported they were raped or witnessed a rape by camp gaurds.

Soislaan is the largest reeducation camp, holding 81,000 malgans. On March 29, 2020, about 600 Malgans escaped the camp. Members within had reportedly coordinated to forcibly open the gates. They armed themselves with makeshift weapons. A camp truck was also hijacked and used to ram through the surrounding fences. The camp guards, in an attempt to stop the escape, killed several hundred if not more than a thousand Malgans. Most hid in the nearby forest and then eventually entered Greater Sacramento.

On April 16, 2020, Malgax proposed a bill to the Terraconserva Council of Nations Security Council titled "Resolution to Launch An Investigation in Terranihilian Re-Education Centers". Malgax suspected that the PPF was committing human rights violations and mass atrocities against Malgans within the camps. Terranihil opposed the proposal because of its lack of evidence and claimed infringement on Terranilian sovereignty. The proposal gained support from many nations, but Quebecshire vetoed it.

The Resistance (Terranilian: Senbertoisia) is a movement that attempts to save Malgans from the ethnic cleansing. It is a loosely organized network of Terranilians who hide Malgans, help them escape Terranihil, publish underground newspapers and sabatoge government efforts. The Resistance is mostly unarmed, though instances of guerilla warfare against the Terranilian government have been reported. The men and women of the Resistance come from all religions, ethnicities, economic levels, and political leanings of Terranilian society, including students, academics, aristocrats, Christians, Muslims, atheists, Póniepans, liberals, anarchists and communists.

The Resistance mainly operates in eastern Terranihil where the Malgan population was most concentrated. Several citizens called "keepers" maintain "safehouses" that hide Malgans until they can be safely smuggled into Greater Sacramento or Malgax. Some Resistance members secretely carry Malgans across the border; however, the movement mainly relies on the Kortan Yem, the Terranilian mafia, to move Malgans out if they are paid properly.