Photo of the court following the arrival of Alyosha Karamazov.

The first charge presented was "Negligent Manslaughter (38 counts): 38 civilians Morovan Airlines Cargo Flight 39," and was presented by Creeperopolis. José Guerrero López presented the case and background of the support of the Deltinian Liberation Army. This was refuted by Phillipe Oliver and he claimed that the plane was not sent by the government nor by Karamazov. Guerrero López presented testimony from Carlos Castaño Videla, a Creeperian villager present at the scene of the shootdown. He presented evidence that the plane was shot down by the Creeperian Air Force and that the National Intelligence Directorate presented news of the incident. Oliver challenged the claims of Castaño Videla. Alexey Vasilev questioned Guerrero López on the evidence of the arms and the proof that Karamazov ordered the flight. Guerrero López answered no to the second half but was overruled for the first half due to not having evidence present. Oliver claimed that Morova cared more for weapons than scientific material when questioned by al-Sharif. Saalima al-Sharif Oliver was denied a witness towards the end. Olvier gave his final statement that Karamazov Guerrero López presented that Karamazov was responsible for manslaughter. Karamazov was ruled not guilty by a vote of 3 to 6.

The second charge presented was "Negligent Manslaughter (2,300 counts): 2,300 civilians on The Lady Kieva," and presented by Quebecshire. Émeric Boudreaux began his opening statement by claiming the ship was illegally in Quebecshirite waters and that since it was illegally there it had no communication to the military. He stated that Karamazov essentially forced the 2,300 civilians killed to flee Morova and be placed in a dangerous situation. Oliver argued that Karamazov had no role in sending the ship nor destroying the ship. He argued that the actions of the terrorists of Zion, such as car bombings in Kieva, as pressure for the refugees to flee. He cited that Karamazov was not able to end the terrorist threat due to international pressure. Boudreaux brought no witnesses but Oliver brought forth Ishida Tandi as a witness. Oliver questioned Tandi on her opinion if Karamazov had any responsibility with the sinking. She stated that she believed Karamazov had no responsibility. She was overruled since there were no witnesses. He was questioned why she is qualified to be an expert witness before the trial. He stated that she is an influential role in the Morovan government and was the third most powerful person in Morova when Karamazov was leading Morova. Her qualifications were denied unanimously. Tandi was questioned if she was present at the sinking which she stated no. She was also questioned if she had any military positions in Morova, which she again stated no. She was questioned if it was not a government mandate to protect the people of Morova which she stated that Morova could not do so. She stated Karamazov was responsible for imporving the stability of Morova and she denied that Karamazov was a dictator. A second witness, Grushka Ivanovna, the wife of the captain of The Lady Kieva. She was questioned about her relations to the captain, where she stated that she is his husband. She stated that her husband left Morova to ensure that her daughter was not harmed by the terrorist attacks of Zion and that responsibility falls on Quebecshire and Zion. A question presented by Oliver was overruled due to being speculative. A second was overruled for being irrelivant to the charge. She was asked if she believed Karamazov was responsible for the ship being sent to Quebecshire but she denied it, stating that it was the circumstances that Morova was in at the time. The defense stated that Joshua Graham was the only one responsible for the sinking because he pressured the civilians to leave. No evidence was presented. Edward Dziekan questioned the defendant if Karamazov would have seen the vessel leave Morova. Oliver stated that Karamazov would have known but that he was preoccupied and that he belived that Quebecshire would accept the ship. Saalima al-Sharif asked the prosecution if Karamazov had direct evidence that Karamazov did send the ship. The prosecution stated that there was overwhelming evidence. Jackson McCane questioned Tandi if all ships leaving Morovan waters must inform the harbormaster or some other official the ship's cargo and destination. She said yes. He asked if the ship filed any paperwork regarding its voyage to which he said no. He asked the same to the defense and Oliver again said no. McCane asked Ivanovna if he knew anything about the waters of Quebecshire to which she said no. Alexey Vasilev asked the prosecution if they had any direct evidence that Karamazov ordered the ship to leave. The prosecution stated no and that Karamazov was negligent in allowing the ship to leave. Vasilev then questioned Ivanovna if her husband was suffering to gender dysphoria due to his last name. She stated that he took her last name. Augusto Cabañeras Gutiérrez asked what exactly Karamazov was preoccupied with at the time the ship left. He stated he was busy ordering troop movements to Zion. McCane asked the defendant if Karamazov was informed of the ship leaving to which the defense said yes. McCane asked why Karamazov did not attempt to contact the vessel to which the defense stated he believed it was a refugee ship proteted by international law. André Bellerose asked the defense if Karamazov has a reputation of abiding by international law to which the defense did not answer definitively. Karamazov was ruled guilty by a unanimous vote.

"In the name of the Creeperian Pope, a man who has killed thousands will not lecture myself and this judiciary on morality."

"Like the bowl of macaroni in front of me, the defense's case is very cheesy. I have to vote guilty."

Karamazov was ruled guilty by a vote of 8 to 1.

Just like my bowels after eating an entire box of Macaroni and Cheese in less than 10 minutes, the prosecution's argument is diarrhea. The Zionian people are Morovan's in-rebellion and the Morovans have a right to defend against the terrorism of that Christian fundamentalist group. Thus, I vote not guilty.

Karamazov was ruled guilty by a vote of seven to two. 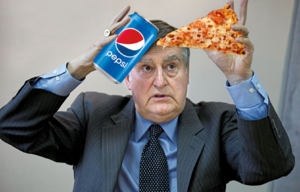 The seventh charge "Grand Conspiracy: Involvement in the conspiracy to overthrow the Paleocacherian government," which was presented by Paleocacher. The prosection, lead by Robin Williams, stated that a shipment of weapons was siezed by Quebecshire directed to fund a conspiracy in Paleocacher. Evidence of banking records was presented. The defense stated that a nation had a right to purchase arms for its military. No witnesses were called.

Mr. Oliver, you incompetent fool, do you need hearing aids?

Karamazov was ruled guilty by a unanimous decision.

Karamazov plead guilty on all the charges regarding TCN Resolution 011.

The final charge was "International Extortion (Attempt): ₵500,000,000 Credits in demands to Quebecshire," which was presented by Quebecshire. The prosecution stated that Karamazov attempted to blackmail and extort ₵500,000,000 Credits to take advantage of the deaths of the refugees. The defense stated that it is not illegal to demand reparations. Karamazov was summoned as a witness. He was questioned by Oliver if the reparations were directed to the families to which he said yes. The prosecution questioned if the announcement that the budget of the military would be increased was on the same day. The prosecution asked if the recipients of the reparations would have been taxed to which the defense said no. Jackson McCane asked the prosecution if there is proof that Karamazov would have used the money for the benefit of the regime to which the prosecution said yes. Alexey Vasilev asked why the Morovan goverment wasn't paying reparations since Karamazov was found guilty of charges 39 through 2,339.

"The Administration of National Defence condemns the absolute bullshit spewing out of the defense's mouth, considering Karamazov was convicted as responsible for the deaths at the Sinking of The Lady Kieva, it is entirely reasonable to convict him for this extortion."

Karamazov was ruled guilty by a unanimous decision.

Alexey Vasilev questioned the net worth of Karamazov. Karamazov stated he has a net worth of $200,000. Vasilev stated that his net worth should be divided among the families of the victims. Bellerose and Cabañeras Gutiérrez concurred. The court ruled in favor of the death penalty 7 to 2. The entire court concured with the sentencing of beheading in a non public fasion which was suggested by André Bellerose with Alexey Vasilev abstaining due to an argument between Bellerose and Vasilev.

Chairman Ermák commended Justice Droz and the entire TCN court for their outstanding work. Ermák states he is in full agreement with Droz’s vote in favor of execution considering several comments made by the Morovan defense. He also stated that Tandi’s defense of Karamazov is unacceptable. Tandi must move on from Karamazov’s violent ways if Morova is to become stable.[2]