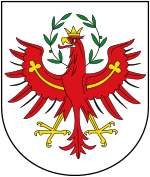 Tirol, officially the Free State of Tirol is the smallest nation in continental Ecros. Tirol is bordered to the north by the Glaceis Ocean and to the east by the Serene State of Quebecshire. As of 2021, Tirol has an estimated population of 29 million, making it the second least populous in the world.

The Margraviate of Tirol was established in 1456 following the establishment of the Royal Diet in which the lords of the five Tiroler kingdoms of the pentarchy swore fealty to the Margraves of Innsbruck. Despite civil unrest in the following centuries, the Margraviate remained in union with the autonomy of the lords being eroded throughout until the formation of the Kingdom of Tirol in 1655.
Throughout the next two centuries there were numerous fluctuations in the boundaries of the kingdom. In 1742, the House of Fanes, the original ruling dynasty of the Kingdom paternal line became extinct, the cadet branch, the House of Cerneu inherited the throne, and would hold the position until the abolition of the monarchy in the Constitutional Convention of 1893. In 1890, the Tiroler Civil War began in which Republicans sought to overthrow Kristian II of Tirol. A three year stalemate was broken by the January Mutinee led by Archduke Frederic which resulted in a Republican victory and the establishment of the Free State of Tirol and the abolition of the monarchy in the 1893 Constitution.

The Tiroler economy is largely agricultural, with farming still being the largest sector of employment. Crude oil extraction and precious metals make up the largest proportion of the GDP, with gold in particular accounting for the plurality of the sector, however, a large and mostly untapped hydroelectric resource has been broadly suggested as a green and sustainable resource for exploitation. The official currency of Tirol is the Tiroler Schilling since 1893, when it replaced the Curona (crown). 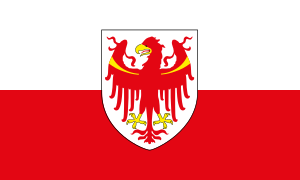 Provinzia Inn (Commonly, "Innthal", Lyoan: Province of the Inn) is a province (Provinzia) in central Tirol. The capital of the Provinzia Inn is Balsan. Read more...
Tirol News
Selected Image
Did you know...
Selected Biography

Chaikova in 2014
Foda Chaikova (born 10 December 1963) is a Tiroler statistician, academic, and administrator, who served as Chancellor of the University of Maran until 2009. He became Tirol's Chief Statistician in August 2017. Read more...
Selected War or Battle