The Uulgadzan people first arrived in the area of modern Uulgadzar in about 4000 BCE. Permanent settlements first began in about 400 CE, with the first united nation of Uulgadzan people being formed in around 670 CE, being named the Union of Uul. In 1593, the Mountain Wars erupted between the Uulgadzan Kingdom and TBD. After the Mountain Wars, the borders of Uulgadzar remained mostly unchanged for the rest of its history. In 1978, the Silent Coup abolished the monarchy and created a more open democracy in Uulgadzar. In 1979, the Uulgadzar Republic was formed.

Since 1990 the quality of life and quality of education in Uulgadzar has improved. A study in 2011 showed that the average Uulgadzan person would receive 3 more years of education in 2010 than they would have in 1990. The percentage of college graduates in the nation rose from 19.5% in 1985 to 68.9% in 2015. The nation's main exports are wheat, maize, coal, and meats (beef, pork, and chicken). Recently, there have been investments into producing natural gas via coalbed methane extraction. It is a secular state, however most people in Uulgadzar follow a religion, according to the 2020 census.

Uulgadzar (уулгазар) comes from uul (уул) meaning mountain and from gadzar/gazar (газар) meaning ground or land. The two words were separated formally until the 19th century, when the nation's name was changed from Uul Gadzar to Uulgadzar. However, informally the words had been united as early as the 17th century.

The ancient Uulgadzan people first arrived in the area that is now Uulgadzar in about 4000 BCE. Very little is known about these people. They were mostly nomadic and domesticated horses.

The first Stepadnó people arrived in the area that is now east Uulgadzar around 2500 BCE. Ancient cave drawings from the area the Stepadnó were believed to inhabit show some people- most likely Uulgadzans- attacking their primitive villages.

It is believed that some ancient Uulgadzan groups settled down around 1000 BCE, during the advent of writing in Uulgadzar. Most of these settlements have been lost to time, however some buildings have been excavated and some of these villages have lasted through time, like the now-capital of Uulgadzar, Uulhot.

During the tribal era, the first large-scale structures were created as religious buildings. One of the largest structures was discovered near Khushir in 1964 during an archaeology expedition where one of the locals reported a building sticking out of the ground after a drought. The structure is believed to be a building dedicated to Uulgadzan shamanism.

The Union of Uul formed in 670 CE when the two dominant tribes, Uul and Hoyd (хойд), merged in a union between the two tribal leaders. They controlled about a third of modern Uulgadzar, with the rest being controlled by hundreds of minor Uulgadzan tribes and the Stepadnó.

The smaller Uulgadzan tribes had almost all been consolidated into the Union of Uul by the early 16th century. At this point, the Union of Uul controlled about two-thirds of modern Uulgadzar. The remainder was controlled by the Stepadnó Kingdom, which at this time was building up a large army most likely for the invasion of the Union of Uul.

The Mountain War began when the Stepadnó began the Siege of Khushir with no provocation. The siege lasted for 11 days when the army of the Union of Uul, now named Uul Gadzar or Uulgadzar, pushed the Stepadnó away from the city and back to the quaint village of Kosaka.

Over the next 5 years, the Mountain War raged on until the Battle of Shinemori where the Uulgadzans decisively defeated the Stepadnó and forced them to sign a treaty forcing them to integrate into Uulgadzar. Ever since, the borders of Uulgadzar have been mostly unchanged.

In the late-19th century, rapid urbanization and industrialization brought Uulgadzar to the world stage into the 20th century. In 1923, the chieftain of Uulgadzar was ousted to make way for a new communist government inspired by the Ajaki Civil War of 1900.

The communist government made several dozen attempts to move the mostly agrarian population into cities. However, these all failed except for one in 1936. It was able to convince about 200,000 Uulgadzans and Stepadnó to move into cities after the Great Drought of 1935.

In the mid-1950s, unrest from the Stepadnó reached its tipping point after the pacification actions in Stepadnó in the 1940s and early-1950s. Large-scale protests erupted across the nation, however most were suppressed by the communist government. These protests calmed down during the 1960s, but erupted again in the 1970s during the Second Ajaki Civil War. The protests called into question the benefits of communist governance. The protests reached their climax on July 2nd, 1978 in the Shinemori Massacre where riots in the Stepadnó Red Square led to the communist government executing 2,000 people who were mostly Stepadnó under the age of 21.

On July 13th, 1978 at 8:05 am, the Vice-Chairman of the Communist Party at the time, Alchidai Ligdan, poisoned Galdan Khal, the Chairman of the Communist Party, killing him and kicking off the 1978 Uulgadzan coup d'état, commonly referred to as the "silent coup". Over the next hour, most high-ranking party members that did not support Ligdan's agenda or were still loyal to Khal were executed or fled.

That night at 11:36 pm, the democratic Uulgadzar Republic was proclaimed, ending the era of communist rule in Uulgadzar. The removal of the communist government was appreciated by most, especially the Stepadnó who had suffered under communist rule and farmers who had been neglected for unprofitable factories in urban areas.

After the Silent Coup, time was spent demilitarizing the bloated Uulgadzan military created by the communist regime. Focus was put on farms instead of factories, and the first elections in Uulgadzan history were held. The nation's GDP per capita and HDI increased immensely over the 1990s and 2000s.

In 2004, the government of Uulgadzar apologized to the Stepadnó people for the actions of the communist government in the 1940s. Ever since, there has been minimal tension between the two groups.

Uulgadzar contains a mix of temperate, semi-arid, and arid climates. In the south and north-west, semi-arid steppe climate dominates, causing hot temperatures with little rain. In the west, the Dogšin Desert has a predominately arid climate, with temperatures rarely, if ever, reaching below zero, and nearly no rain. It is the most sparsely populated place in Uulgadzar. In the east, a temperate climate exists. It is separated from the semi-arid and arid climates by the Uulgadzar Mountains.

Uulgadzar is a devolved unitary semi-presidential republic under a de jure substantive democracy. The nation's president serves as the head of state and the prime minister as the head of government.

The judicial branch of Uulgadzar contains the High Court of Uulgadzar and then the Provincial Courts, of which there is one in each province. The provinces are then divided into District Courts of which there are at least 5 in every province. The District Courts are not each one singular court, but a group of courts which manage cases in a local area.

If a District Court provides a verdict which is not satisfying to the party requesting the verdict or the defendant in a criminal case, they can appeal the verdict to a higher court. This pattern continues to the High Court. The Provincial Courts or the High Court can deny overseeing the appeal. In that case, the lower court will review the case with a new judge. After the new judge rules on the case, the new verdict is final. If the court accepts the case, it will go through the same process it did in the previous court to determine a new verdict and, in the Provincial Courts, can be appealed to the High Court. The High Court's verdict is final. 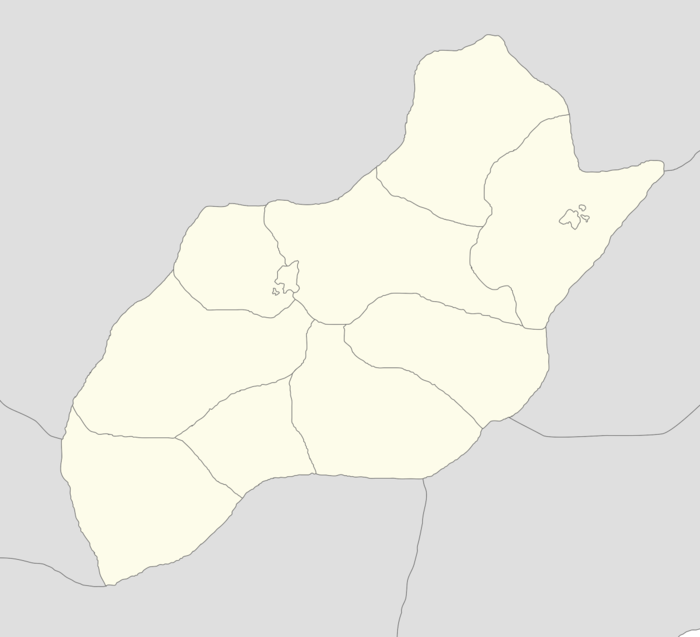 Economic activity in Uulgadzar has, for most of history, been based on agricultural sources like wheat, maize, and livestock. However, starting in the late 19th century, coal, and, to a lesser extent, iron, copper, tin, and gold, have created a strong mining sector in Uulgadzar. Besides agriculture and mining, dominant industries in Uulgadzar include manufacturing, real estate, and transportation and storage.