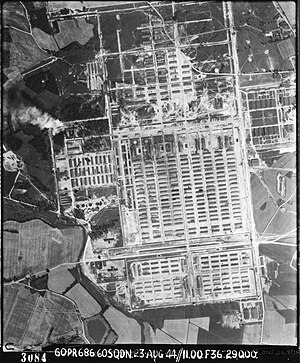 Aerial view of the Tuxtla Martínez-Panachor prison camp in 1944.

The majority of the prison's population is gang members of Mara Salvatrucha. All prisoners being held there have been sentenced to life imprisonment or over 100 years of imprionment. No prisoner has ever left the prison and reportly no escape attept was ever successful.

Incident Report 16-05-1988 outlined the aftermath of the Battle of Tuxtla Martínez-Panachor, the largest escape attempt in the history of the prison camp. From 3 May 1988 to 16 May 1988, thousands of prisoners rioted and attempted to escape from Tuxtla Martínez-Panachor. The riot was lead and organized by Ignacio Morales Morales, a prominent figure in Mara Salvatrucha. Prior to the release of the incident report, all that was known about the incident was that it occured in May 1988 and that a figure of 50 were given by the Creeperian government as the total amount of prisoners killed during the battle or executed after the fact.

Findings of Experimentations of 20090444