From The League Wiki
Jump to navigation Jump to search
Not to be confused with the Attack on Susla.

The Susla Affair (Creeperian Spanish: Amorío Sulsa), also known as the Rakeoian Officers' Plot (Rakeoian: Komploto de Oficiroj) or the First Susla Affair, was a plot concocted by senior military officials of the Rakeoian Army and Rakeoian Navy to launch an attack on the Creeperian island of Susla with the goal of an eventual annexation.

The plan was originally presented as a legitimate military operation to leaders in Jinosiá by Antono Petro on behalf of the Olino Garrison's Fort Academy. It outlined a naval blockade of Punto Sur, the largest city on the Creeperian island of Susla, followed by multiple landings in the largely unpopulated surrounding area of the island. Due to the rapidly escalating Creeperian Civil War, it was thought by officers that the operation would be overlooked by whomever the winner of the conflict was, while simultaneously expanding Rakeoian naval influence in the Freemont Strait. The Theocratic Authority was did not approve of the plan and informed Petro that the program should be immediately ceased.

On learning on the rejection of the plan, the officers, rather than abandoning the venture, swore themselves to secrecy, and proceeded with the plan anyway. The new plan was for head plotter, Koralo Jozefo, to coordinate the attack anyway, with the heads of the army and navy, respectively, ordering forces under their command to attempt the landings. Once the landings had begun, the Theocratic Authority would be forced into politically supporting the annexation. In order to ensure that the organization for the campaign was not reported back to Jinosiá, Jozefo paid Petro and Georgo Miĥaelo bribes to guarantee their silence.

On 23 May 1937, Miĥaelo decided to betray the plotters to the Theocratic Authority, providing papers which hadn't been doctored, outlining requests that had been made to the local armory, as well as the complicity of the navy. For his loyalty to the Theocratic Authority, he was provided with a personal estate in the small town of Monteta Filo, as well as the position of Vice-Envoy to Olino. The first newspaper to report on the trial was the Paragon Inquirer on 15 July 1937. 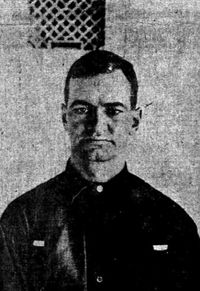 The officers were arrested in the days following Miĥaelo's testimony to the Theocratic Authority. With the Envoy to Olino under arrest, Miĥaelo took the empty position. Following testimonies that cleared most soldiers from culpability, a Jinosiá court sentenced the plotters to death.

On 8 August 1937, all officers involved in the plot were hanged, marking the largest mass execution ever conducted in Olino.