Aftermath and impact of the Creeperian Civil War

The Creeperian Civil War which lasted from 1933 with the San Salvador del Norte Incident until 1949 with the Battle of the Zapatista River drastically shifted the dynamics of Surian geopolitics. An estimated 41.2 million people died during the war and the war is well-known for the various war crimes committed throughout the duration of the war by both the National Council for Peace and Order (Miguelists) and the Catholic Imperial Restoration Council (Romerists), most infamously the De-Catholization, a genocide and ethnocide of Creeperian Catholics, Salvadorans, and political Romerists.

After the end of the war and the execution of several high-ranking National Council leaders, various far-left partisan groups formed in continued resistance against the newly formed government of the victorious Imperial Council. The civil war forced both sides of the conflict to drastically increase the size of the military, and by the end of the war, an estimated 23.5 million people fought in during the war in the military. After the war, the government of the Imperial Council weilded a military force of 5.9 million soldiers, and because of the ongoing partisan resistance and Third Senvarian Insurgency,[note 1] the Creeperian government decided to retain a large military to combat internal rebel forces. Because of the vast size of the Creeperian Armed Forces, Creeperopolis was considered to be the strongest nation in Sur in terms of military power, especially after the annexation of the kingdoms of Atlántida and Castilliano in December 1949.

Despite the massacre of seven thousand partisan rebels in April 1957 ending the partisan resistance and the decrease fighting against Senvarian rebels, Creeperopolis continued to maintain a large military which caused concern among Creeperopolis' neighboring nations fearing potential Creeperian expansionist ambitions. Such fears were reinforced when the Creeperian Army was mobilized into El Salvador in 1956 to suppress a rebellion against the government there.

The end of the Rakeoian Civil War in 1955 saw the parliamentary government collapse, a military dictatorship secure power, and the rise of pseudo-legal paramilitary groups. A program of full independence, to be achieved through near complete isolationism, was instituted by Mateo Jozefo in 1956. Almost immediately, the Rakeoian economy began to falter. A lack of coal imports plunged millions of people in Rakeo into darkness, stalled industries, and fields previously used for profitable exports went fallow. As a consequence, the remaining industries were pushed by the government to become more productive.

As political turmoil damaged more energy dependent sectors, fishing maintained profitability, and a record number of fishing vessels were deployed. When the agriculture sector rebounded, the price of fish fell considerably. In response, fishers began to search for better waters to fish in. 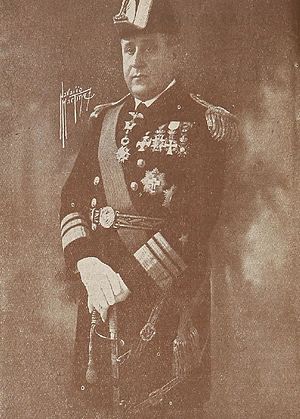 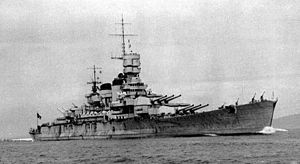 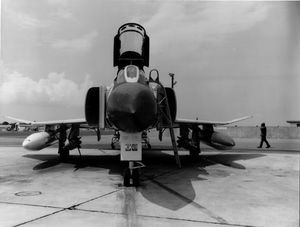 A Maroto Botín MB-20A multi-purpose fighter jet at the Punto Sur Military Base during the war.

When Creeperopolis joined the war, Chief Admiral José Mendoza Rivera dispatched the 5th Flotilla, stationed in San Pedro, to intervene in the conflict on behalf of Sequoyah. The flotilla was under the command of Admiral Adolfo Suárez Figueroa and consisted of one battleship, two heavy cruisers, three light cruisers, four destroyers, five submarines, one hospital ship, and twenty patrol ships, with 9,550 sailors aboard the ships.

Attack on Susla and Creeperian entry