The Siglo XX Games (Creeperian Spanish: Juegos del Sigo XX; Atlántidan Spanish: Xogos do Século XX; Castillianan Spanish: Xuegus d'Sieglu XX; Salvadoran: Jocs del Segle XX), also known as the XX Century Games, were a series of association football matches held in 1900 between the nations of Creeperopolis, Atlántida, Castilliano, El Salvador, and the State of the Church. The games are considered to be the first international football matches for each of the five nations which participated in the games. The games were opened by Creeperian Emperor Alexander I on 18 November 1900.

The tournament was retroactively considered by CONFUSUR in 1970 as the "0th edition" of the Copa Sur, and has since been included as one of the 26 editions of the Copa Sur which have been played.

The five teams which participated in the Siglo XX Games were the national teams of Creeperopolis, Atlántida, Castilliano, El Salvador, and the State of the Church.

Each team was required to have a squad of at least eleven (11) players.

Of all the referees of the Siglo XX Games, only the names and affiliations of the lead referees are known.

(A) Advance to further round; (E) Eliminated

The only known photo of the tournament, depicting the Siglo XX Games Final. 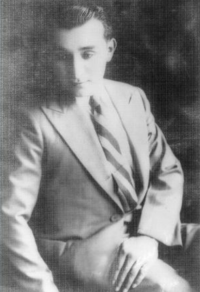