Almadinat Almuqadasa was the capital city of the Caliphate of Deltino and had never before come under a foreign attack in its history. Creeperian forces besieged the city for nearly two years, engaging in several battles with the Deltinians around the city in an attempt to further strengthen each other's position during the siege. After a Creeperian naval victory against the Deltinians in March 1326, the city was unable to supply itself from Buhayrat Alrasul and food began to run out. Despite the calls for reinforcements throughout the siege, the reinforcements were either repelled by the Creeperans or refused to come to the caliph's assistance.

On 13 June 1326, the Creeperans broke through the walls of the city and initiated a massacre of its people. The indiscriminate killings by the Creeperans, known as the Almadinat Almuqadasa massacre, killed an estimated 215,000 people, nearly the entire population of the city. During the massacre, Salim VI was executed, along with several other senior Deltinian administrators and military commanders. Due to the Deltinian belief and tradition that the city was founded on the direct instructions of the Islamic Prophet Muhammad Himself and established by Caliph Abdul Humaidaan V in June 875AD, the city was set on fire and destroyed in its entirety by the Creeperans. The Great Mosque of Almadinat Almuqadasa was vandalized with images of Muhammad being etched into the mosque's walls as a direct insult to the Islamic tradition of avoiding depictions of Muhammad, and the mosque was eventually demolished. The Cathedral of La'Santa Victoria was eventually built on top of the ruins of the mosque.

The destruction of the city brought an end to the centuries-long Caliphate of Deltino, fracturing the entity it into three rump states: the Emirates of Abdan, Helam, and Jakiz, each proclaimed by mutinous military commanders of the caliphate. The fall of the city allowed the Kingdom of Creeperopolis to expand its territory south, covering much of central Sur, and led to the domination of Creeperian Catholicism in the Sur. The Creeperian city of La'Victoria was established by Miguel I on 14 June 1326 on top of the ruins of Almadinat Almuqadasa, which remains mostly buried under La'Victoria today. That same day, Miguel I issued the Decree of La'Victoria, which outlawed the practicing of Deltinian Islam within Creeperopolis and beginning the First Great Persecution.

Crusade before Miguel I

The Creeperian Crusade began on 8 February 1231 when the emir of the Emirate of Rabadsun, Alfawnasu III , declared independence for his domain, establishing the Kingdom of Creeperopolis. Alfawnasu III, now known as King Alfonso I, declared independence following the conclusion of the Second Council of Rabadsun in reaction to the One-Religion Decree which was issued by the Deltinian Caliph, Sulayman III. During Alfonso I's reign, Creeperopolis fought several wars against the Caliphate of Deltino to secure its existence and independence.

A painting depicting Salim V meeting with Miguel I before the Treaty of Najallah, by José Leoz Mori, 1850.

Manuel I died on 13 January 1301 and was succeeded by his son, Miguel I. Despite only being twelve years old at the time he ascended the throne, Miguel I ordered an immediate invasion of Deltino, however, Pedro Candia Bolero, his regent, prevented him from beginning a war with Deltino. In 1304, when Miguel I was sixteen years old and was given full powers as king, he removed Candia Bolero as Caudillo, the leader of the Creeperian military, and replaced him with Hernán Monroy Pizarro, and the two began to formulate plans for an invasion of Deltino.

In the ensuing war waged by Miguel I, known as the First War of Miguel I, Miguel I and Monroy Pizarro destroyed several large armies sent by Caliph Salim V to quickly put an end to the Creeperian invasion. After several crushing Creeperian victories at Sahalayn, Derna, Sirte, Ourique, Buraihran, Idku, Zliten, Damanhur, and Janzour, the Creeperian army was quickly approaching Almadinat Almuqadasa, the capital city of Deltino.

In October 1311, Salim V and Yusuf al-Dhahir met with Miguel I and pleaded for a peace treaty, which Miguel I accepted. The Treaty of Najallah ended Miguel I's first war against Deltino in a decisive Creeperian victory. As a part of the treaty, Deltino ceded all lands east of the San Miguel River which was north of the city of Alshaati Alshamaliu (modern day La'Unión) and all lands north of the Zapatista River which was east of the San Luísian Mountain Range. The Deltinians also agreed to pay Creeperopolis a large yearly tribute and Salim V also offered Miguel I to marry his youngest daughter, Iizabila al-Arshad al-Mustansir, which he accepted.

Miguel I's march to the city

On 24 July 1319, Salim V died of a stroke and was succeeded by his son, Salim VI. Salim VI wished to continue preventing war with Creeperopolis however he could. When news that Salim V died arrived in Salvador in September 1319, Miguel I immediately began preparations for a new war to capture Almadinat Almuqadasa. After two years of preparation, Pope Juan XXII presided over the Nativity Mass on 25 December 1321 and officially gave Miguel I his blessings. Miguel I, Monroy Pizarro, Ramiro Curtosé Rosales, who left his garrison at Zamora to join the campaign, and embarked with 120,000 soldiers west with the goal of destroying Almadinat Almuqadasa.

The first city captured by the Creeperans was Muzadr on 15 March 1322, south of La'Unión. It fell without resistance in fear of a massacre, but the population was massacred nonetheless. Salim VI was made aware of the fall of Muzadr in April 1322 and was alarmed of the breakage of peace. He quickly had al-Dhahir rally 40,000 soldiers and march north to halt the Creeperian advance and restore the peace. On 14 May 1322, the two armies met near the village of Zuwara. The Creeperans defeated the Deltinians and massacred 2,000 prisoners. The Deltinians fell back to Tikriqin, where they were again defeated on 15 April 1322. The Creeperans rested in Tikriqin until March 1323 to continue marching south. On 10 February 1323, Monroy Pizarro resigned from his position as Caudillo and was replaced by the son of Curtosé Rosales, Roberto Curtosé Cortéz. 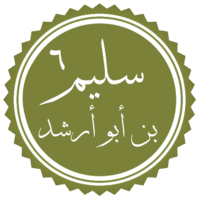 The Caliphate of Deltino held a defensive position within the walls of Almadinat Almuqadasa in preparation for the Creeperian arrival. The Deltinians additionally had reinforcements south of the city, ready to attack the Creeperans during the siege. The Deltinians main source of supplies and resources was naval shipments from Buhayrat Alrasul, the second largest lake in the world. Modern sources estimate the size of the Deltinian army to be between 15,000 and 18,000 soldiers, while medieval Creeperian sources claim that the Deltinians wielded an unsustainable 3.4 million soldiers. The city itself had a population of around 225,000 people, excluding soldiers, by 1324, with an influx of possibly tens of thousands during the siege of Deltinians seeking refuge from the Creeperans.

The commanders of the Caliphate of Deltino include:

Painting of King Miguel I.

The Kingdom of Creeperopolis prepared for a prolonged siege against the city of Almadinat Almuqadasa. Unlike the Deltinians, the Creeperans lacked any sort of reinforcement to assist them in the event of an overwhelming Deltinian attack. The Creeperans relied on scavenging the countryside and long-distance land connections for supplies and resources, as well as the good will of the locals. Modern sources estimate the size of the Creeperian army to be between 11,000 and 12,500 soldiers, while medieval Creeperian claimed that the Creeperans wielded a slightly larger force of 17,000 soldiers.

The commanders of the Kingdom of Creeperopolis include:

The Creeperans were also supported by approximately 1,000 soldiers from Honduras. The army was commanded by Ieltxu II, the king of Honduras, and Vitruvio of Gojeneche, his son and heir.

Course of the siege

Puyal Cisneros' blessing of Miguel I and the army, by Armando Obregón Pérez, 1884.

Before the beginning of the siege, Adémar Puyal Cisneros, the Official Representative of the Pope on the campaign and the Archbishop of Salvador, blessed Miguel I and the army to ensure that God would be on their side, and not against them. The blessing occurred on 30 August 1324, the day before the start of the siege.

On 1 September 1324, the Creeperans began sieging Almadinat Almuqadasa. Miguel I sensed that victory was near, and that the fall of the city would destroy the Caliphate of Deltino. Salim VI declared that he would not leave the city so long as it was under siege; he would end the siege or die trying. Iftikhar al-Dawla, the governor of the city, and Abdallah al-Mahdi, the commander of the city's garrison, made the same declaration.

Deltinians soldiers under al-Dhahir, reinforcements held outside the city, attacked the Creeperans on 17 September 1324 in an attempt to quickly end the siege by attacking the force from the rear while they were focused on attacking the city. In the ensuing Battle of Altal, the Deltinians sustained heavy losses despite the Creeperans facing attacks from al-Dhahir's forces and from the city's defending garrison. The losses inflicted on al-Dhahir's forces were so severe that he withdrew the Deltinian reinforcements south to prevent their total destruction and to tend to his soldiers' wounds. He also spent time to gather more men to join his forces to defend the capital, however, his withdrawal allowed the Creeperans to place their focus on attacking the city.

Use of biological warfare

Breach of the walls and massacre

Estimate and analysis of death toll