Indigenous San Carlos Islanders inhabited the islands for thousands years prior to the arrival of Xussman fishermen in the 1700's. In the early 1800's population grew exponentially with the arrival of Xussman fur-traders and gold prospectors. By the late 1860s, most of the islands had been explored and were placed under Xussman control. After extensive lobbying by locals, on 1 January 1941 the country was granted independence as a Xussman commonwealth. With the passage of the San Carlos Islands Act in 1979, the country gained more sovereignty from Xusma; removing most Xussman control over the coomonweath while still recognizing the Xussam Tsar as head of state.

The San Carlos Islands is a highly developed country with a massive economy for its rather small population, generating its income from various sources including mining-related exports, telecommunications, banking, and manufacturing. It has a high-income economy, with the world's highest per capita income. The San Carlos Islands has the second-highest human development index and ranks highly in quality of life, health, education, economic freedom, civil liberties and political rights, with all its major cities faring well in global comparative livability surveys. The San Carlos Islands is a member of the Terraconserva Council of Nations (TCN) and Terraconserva Economic Union (TEU).

The name "San Carlos Islands" derived from the name Quebecshirite Captian, Félix Vernier gave to the islands upon their discovery during his voyage around the globe in the 1300's. He named them "San Carlos" after a town he visited in Creeperopolis.

Colloquial names for San Carlos Islands include "the Final Frontier", "the Commonwealth", and "Little Xusma". 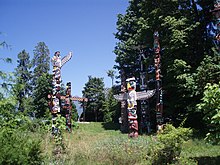 Human habitation of the San Carlos Islands is known to have begun at least 17,000 years ago, with the arrival of the Gwáay people in the present-day state of Tsarinaland. Indigenous San Carlos Islanders have established an intimate connection with the islands' lands and oceans through their spiritual beliefs.

At the time of Xussman contact they had already established established highly structured societies, and constructed many villages. Indigenous San Carlos Islanders have an oral culture with spiritual values based on reverence for the land and a matrilineal kinship system, with a societal structure based on a clan system, properly referred to as a moiety. Indigenous San Carlos Islanders are known for their craftsmanship, trading skills, and seamanship. They are thought to have been warlike and to have practiced slavery.

While major settlements such as Saint Petersburg and Fort Archangel were established by Xussan fisherman during this period, population growth was slow until the discovery of gold in the southern parts of the archipelago in the early 1800's. During this gold rush period, population growth was exponential as settlers, mostly Xussmans, moved to the islands to strike rich.

Xussman control of the San Carlos Islands continued until the mid-20th century.

Women voting in the 1940 independence referendum

A number of crises shook San Carlos Islands society in the late 1990s and early 2000s. These included the 1998 crash of FlySCI flight 47, killing 130 San Carlos Islanders and the Gwáay Crisis of 2005, the first of a number of violent confrontations between the government and indigenous groups.

The San Carlos Islands is a federal parliamentary constitutional monarchy. Tsar Alexsandr Gryaznov II reigns as monarch of the San Carlos Islands. Since independence, he is represented within the federal government by the Governor-General and by the governors within the various state governments, who by convention acts on the advice of her ministers. Thus, in practice the Governor-General has no actual decision-making or de facto governmental role, and merely acts as a legal figurehead for the actions of the prime minister and the Federal Executive Council. The Governor-General does have extraordinary reserve powers which may be exercised outside the prime minister's request in rare and limited circumstances.

The federal government is separated into three branches:

In the Senate (the upper house), there are 86 members: twelve each from the states and two from the San Carlos Capital Territory. The House of Representatives (the lower house) has 200 total members; 150 of witch elected from single-member electoral divisions, commonly known as "electorates" or "seats", allocated to states on the basis of population, and 50 of witch elected using proportional representation. Elections for both chambers are normally held every three years simultaneously; Senators have overlapping six-year terms except for those from the territories, whose terms are not fixed but are tied to the electoral cycle for the lower house; thus only half of the Senate are put to each election unless the cycle is interrupted by a double dissolution.

The San Carlos Islands' electoral system uses mixed member proportional voting for all lower house elections. Voting is voluntary for all enrolled citizens 16 years and over in every jurisdiction, as is enrollment. The party with majority support in the House of Representatives forms the government and its leader becomes prime minister. In cases where no party has majority support, the Governor-General has the constitutional power to appoint the prime minister and, if necessary, dismiss one that has lost the confidence of Parliament.

The most recent federal election was held on 10 March 2020 and resulted in the SDES Coalition, led by Prime Minister Kennedy Piątek of the Social Democratic party, defeating the Conservative Coalition government.

The San Carlos Islands has seven states — Admiralia (ADM), Petersland (PLD), Chirikov (CRK), Tongass (TON), Tsarinaland (TLD), Skeena (SKE), and Zolotka (ZKA)—and one territory—the San Carlos Islands Capital Territory (SCICT) In most respects, this territory function like the states, except that the federal parliament has the power to modify or repeal any legislation passed by the territory parliament.

Each state and major mainland territory has its own parliament—unicameral in the San Carlos Islands Capital Territory and, and bicameral in the other states. The states are sovereign entities, although subject to certain powers of the Commonwealth as defined by the Constitution. The lower houses are known as the Legislative Assembly; the upper houses are known as the Legislative Council. The head of the government in each state is the Premier and in each territory the Chief Minister. The Tsar is represented in each state by a governor; and in the San Carlos Islands Capital Territory, the Administrator. In the Commonwealth, the Tsar's representative is the Governor-General.

Natural gas rig off the coast of Tsarinaland

The Kaczka Government floated the San Carlos Islands ruble in 1983 and partially deregulated the financial system. The Jugovac Government followed with a partial deregulation of the labor market and the further privatization of state-owned businesses, most notably in the telecommunications industry. The indirect tax system was substantially changed in September 2000 with the introduction of a 11% Goods and Services Tax (GST). In the San Carlos Islands tax system, personal and company income tax are the main sources of government revenue.

As of September 2018, there were 5,877,201 people employed (either full- or part-time), with an unemployment rate of 3.8%. Data released in mid-November 2013 showed that the number of welfare recipients had dropped by 2%. In 2018 55,621 Unemployment Allowance Program recipients were registered. According to a government survey, full-time employment for newly qualified professionals from various occupations has increased in recent years.

The San Carlos Islands is highly urbanized, with 67% of the population living in the Greater Capital City Statistical Areas (metropolitan areas of the state and mainland territorial capital cities) in 2020. Metropolitan areas with more than one million inhabitants include Saint Petersburg, San Carlos City.

In common with many other developed countries, the San Carlos Islands is experiencing a demographic shift towards an older population, with more retirees and fewer people of working age. However, in 2018 legislation was passed to increase the total fertility rate of the San Carlos Islands to 2.1 by 2030 by creating incentives for couples to birth two or more children children such as mortgage aid, tax benefits, and universal daycare and pre-k.

A multitude of languages are used by San Carlos Islanders, with Islander Xussman and Gwáay (the official languages) being the mother tongues of approximately 64% and 34% of San Carlos Islanders, respectively. As of the 2016 Census, just over 170 thousand San Carlos Islanders listed a non-official language as their mother tongue. The most common non-official first languages is Gandorian. The San Carlos Islands' federal government practices official bilingualism, which is applied by the Commissioner of Official Languages in consonance with the Federal Official Languages Act, Islander Xussman and Gwáay have equal status in federal courts, the Parliament, and in all federal institutions. Citizens have the right, where there is sufficient demand, to receive federal government services in either Islander Xussman or Gwáay and official-language minorities are guaranteed their own schools in all states and territories.

The San Carlos Islands has no state religion; The San Carlos Islands Constitution prohibits the federal government from making any law to establish any religion, impose any religious observance, or prohibit the free exercise of any religion. In the 2016 census, 82.8% of San Carlos Islanders were counted as Christian, including 51.9% as Xussman Orthodox, 25.9% as Creeperian Catholic, and 5% as other; 17.0%, of the population reported having "no religion"; .12% identify with non-Christian religions.

Total expenditure on health (including private sector spending) is around 9.8% of GDP. The San Carlos Islands introduced universal health care in 1988. Known as Medicare, it is now nominally funded by an income tax surcharge known as the Medicare levy, currently set at 2%. The states manage hospitals and attached outpatient services, while the Commonwealth funds the Pharmaceutical Benefits Scheme (subsidizing

the costs of medicines) and general practice.

School attendance, or registration for home schooling, is compulsory throughout the San Carlos Islands. Education is the responsibility of the individual states and territories so the rules vary between states, but in general children are required to attend school from the age of about 5 until about 16. In some states (e.g., Admiralia, Chirikov, and Zolotka) children aged 16–17 are required to either attend school or participate in vocational training, such as an apprenticeship.

The San Carlos Islands has an adult literacy rate that was estimated to be 99% in 2016.

Many of the San Carlos Islands' performing arts companies receive funding through the federal government's San Carlos Islands Council. There is a symphony orchestra in each state, and a national opera company, OperaSCI, well known for its famous soprano Luna Medvedeva. At the middle of the 20th century, Ninel Fedorova was one of the world's leading opera singers. Ballet and dance are represented by The San Carlos Islands Ballet and various state companies. Each state has a publicly funded theater company.

The Streets of Fort Archangel (1942), one of the world's first feature length film, spurred a boom in San Carlos Islands cinema. Come the late 1940's, Willdavie monopolized the industry, and by the 1960s the San Carlos Islands film production had effectively ceased. With the benefit of government support, the San Carlos Islands New Wave of the 1970s brought provocative and successful films, many exploring themes of national identity, such as The Early Days, while The Huntsman and the ozploitation movement's Whale for Help series became international blockbusters. In a film market flooded with foreign content, San Carlos Islands films delivered a 5.2% share of the local box office in 2015. The SCIACTAs are the San Carlos Islands' premier film and television awards.

About 24% of San Carlos Islanders over the age of 15 regularly participate in organised sporting activities.