The Rubicon War (Creeperian Spanish: Guerra del Rubicón; Salisfordian: Guerra del Rubicone) was a major war in Sur which occurred in two phases between 1961 and 1976. The war was fought between Creeperopolis and Salisford over a territorial dispute along the Rubicon River, which marked the border between the two nations. Despite the Salisfordian military victory in the first phase and the Creeperian military victory in the second phase, the war ended in a diplomatic stalemate as neither Salisford nor Creeperopolis made any significant gains as a result of the conflict.

After an increase in anti-government protests in the Castillianan departments and the assassinations of two Castillianan independence activists, Neri again pressed the Creeperian government to cede the territory, which were again rejected. The two nations entered into negotiations to settle the disputed territory, however, in 1961, a skirmish between Creeperian and Salisfordian soldiers along the Rubicon River brought a sudden end to the negotiations and tensions between both nations rose. As both nations began to mobilize their soldiers in preparation of war, Salisford invaded Creeperopolis on 13 October 1961 with the objective of securing the entire Salisfordian claim. 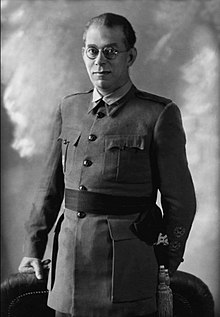 With tensions high between the two nations, Salisford moved troops across the border with Castilliano and into Sant Pau (present-day San Pablo), citing historical claims to the northern territories of the region. Castilliano would reject the claims, accused Salisford of starting a war over a diplomatic incident hiding under the guise of "historical claims," and moved troops to intercept the Salisfordian soldiers. Both sides clashed and the fighting developed into a three-week long intense border conflict.[2] Before any side made a breakthrough, the Catholic Imperial Restoration Council (Imperial Council), concerned about the possibility of further escalation between the two nations, stepped in and helped negotiate an end to the fighting.[3]

To convince the dissatisfied Salisfordian administration to agree to end the conflict, Adolfo Cabañeras Moreno, the minister of defense of the Imperial Council, secretly negotiated a deal with Bari to partition Castilliano sometime in the near future, promising Salisford the northern half of the country. In return, the Salisfordians agreed to send an expeditionary force to assist the Imperial Council in breaking the stalemate which has developed in the Creeperian Civil War.[3]

After an agreement was reached with the Salisfordians, Cabañeras Moreno then approached Óscar Benléu e Laréira, the prime minister of Castilliano, and informed him of the "agreement" that he had negotiated with the Salisfordians, telling him that he had no intentions of actually going through with the plan and that it was only an effort to end the conflict. He assured Benléu e Laréira that Creeperopolis would support Castilliano in any war should Salisford attempt to enforce the false agreement which was made.[4]

After consulting with both sides in secret, the Imperial Council publicly offered to mediate peace between the two nations. Both nations met in the city of Guiraiso and formulated that Rubicon Agreement, which both nations agreed to.[5] Cabañeras Moreno, Bari, and Benléu e Laréira were all in attendance of the signing of the agreement, which acted as a peace treaty between Castilliano and Salisford. The criminal charges against Paguét e Fonts were dropped by the Salisfordian government as a part of the agreement.

Annexation of Castilliano and social unrest

Following the conclusion of the civil war in 1949, Castilliano held a referendum on 1 December 1949 to decide if it should be annexed by Creeperopolis or not. The referendum resulted in favor of annexation by a large margin, but many called into question the legitimacy and the legality of the votes and the referendum itself. Despite the brewing controversy, the ruling party of Castilliano, the right-wing Castillianan Coalition of Autonomous Rights (CCDA), which heavily campaigned in favor of the referendum, accepted the results of the vote and Creeperopolis formally annexed Castilliano on 25 December 1949. The annexation was also supported by Benléu e Laréira, Agostéia Martéu e Puéi, and Efraïne Carból e Fórtrosa-Dóna, all of whom served as prime minister of Castilliano after the 1934 Castillianan coup d'état. 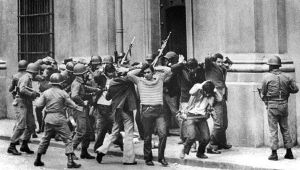 Soldiers of the 32nd Army arresting a group of anti-government protestors in Chalatenango, early-1961.

In the 1950s, the National Intelligence Directorate (DINA) carried out operations which assassinated each of the three leaders of the Coalition of the United Social Left, presumably at the request of Carból e Fórtrosa-Dóna. Uriéra e Chicote was shot by a group of armed DINA agents in San Pablo in March 1952.[6] In June 1958, Córsega e Rubiéra was killed by a car bomb planted by the DINA in Santa María. Finally, Lancóme e Moléu was killed by a DINA sniper in Ciutat dels Àngels. The assassinations of the Opposition's three leaders caused many of its other prominent leaders to flee the country or go into hiding.

In 1960, Guilhém Garçon e Justament was proclaimed as the leader of the Opposition. He called for Castillianans across the country to rise up in protest against the Creeperian government for the independence of Castilliano. The protests of early-1961 occurred across the Castillianan departments of Castilliano, San Pablo, Santa María, and Sonsonate, with an estimated 100,000 to 200,000 people marching in protest of Creeperian rule. The government responded with military force to suppress the protests leading to hundreds of deaths and thousands of arrests.

Rise of Sandro Neri in Salisford 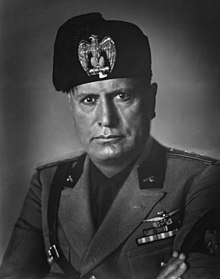 In 1945, King Francesco I died of lung cancer, ending his relatively conservative reign in Salisford. His eldest daughter, Maria, succeeded him as Queen Maria III. During the first years of her reign, Maria III established herself a reputation of being liberal-minded monarch, seeking to reform Salisford's traditional institutions in favor of new ones which she perceived to be more modern and democratic. To aid her, she offered amnesty to the previously-exiled academic Giacomo Ottone and appointed him as her first minister. Together, Maria III and Ottone attempted to transform Salisford into what they described as "a modern country worthy of Ecros."

Maria III and Ottone went about reforming Salisford in a heavy-handed manner, brushing aside the concerns of conservatives and moderates, and alienating many traditional power bases in Salisford, most notably the nobility and the military. Their actions caused much controversy within the country, which led to a number of opponents to their reforms to form the Catholic Front, an organized opposition group to the attempted reforms.

In 1950, after an attempt by Maria III to dissolve the Catholic Front, Major General Sandro Neri, the commander of the Salisfordian volunteers in Creeperopolis, crossed the Rubicon River and declared that Maria III's government was illegitimate. After a brief military struggle, Neri entered the city of Savotta on 3 November 1950 and dissolved the Salisfordian government. The following day, Maria III appointed Neri as her new first minister and formally ceded all political power to him.

In late-1952, Neri was made aware of the secret agreement made between Creeperopolis and Salisford during Bari's administration and decided to press the Creeperian government to fulfill the agreement that was made back in 1936, especially after the assassination of Uriéra e Chicote by the Creeperian government earlier in the year. Despite the agreement to cede Castillianan land to Salisford, Creeperopolis refused to cede any land to Salisford after Castilliano had already been annexed. Alfonso Cabañeras Moreno, who had succeeded his older his brother as minister of defense in 1944, stated that he was under obligation to fulfill the agreement, as the agreement was made by his older brother and not himself, and that even his older brother never intended to fulfill the agreement, mentioning the secret agreement made with Castilliano to defend it in the event the Salisford ever attempted to enforce its claim. He also stated that, regardless, the annexation referendum was for Castilliano in its entirety, and that the land that Salisford claimed was included in the referendum.

The territory claimed by Salisford. 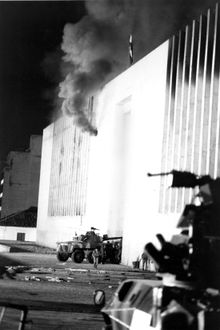 The capitol building of Guiraiso burning on 7 March 1962. 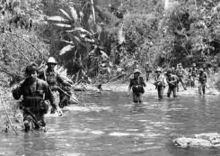 Creeperian soldiers near the Rubicon River in October 1968. 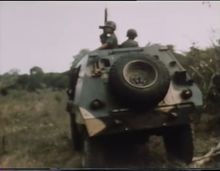 Creeperian soldiers on patrol near San Paolo in mid-1971.

LCN Wiki has media related to the Rubicon War.

Media related to the Rubicon War at LCN Wiki