Quebecshire, often called Quebec, Cubic, Mr. Quebec S. Hire, Mr. Shire and formerly The Conservative States of New America (CSNA) is a statesman, philanthropist, and one of the two founders of The League. He is an incumbent Consul of the Republic and served as Chief Consul from 2018 until 2021. Quebecshire has held a series of offices throughout The League of Conservative Nations' and The League's various forms of government and formerly held offices in the former interregional organization FORGE.

Quebecshire is an Update Commmander on Libcord and a bureaucrat and soldier in the South Pacific.

Quebecshire joined NationStates on 8 April 2016. The name "Quebecshire" is a combination "Quebec" and "New Hampshire."

Quebecshire lives in the United States and is of French Canadian descent. 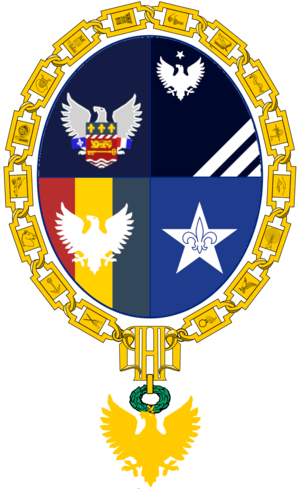