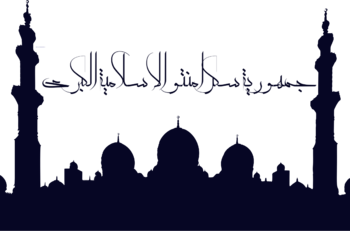 Zoqholm 9/4
Marking the anniversary of first immigrant ship arriving from Eminople into the port of Zoqholm the Mayor of Zoqholm along with the Governor of the Athlansiur Alshamal Muqatea have invited the President of Eminople to Zoqholm to celebrate the cultural connection and to celebrate the long lasting diplomatic ties that has resulted in.

Cordoba 9/4
An Aurebeshian Congressional committee has called for the government of Paleocacher to release Pyle temporarily into Cordoba for a hearing through his work in Terranihil. They request that he will temporarily be off arrest and in Cordoba for the hearing.

Asr El Ziqara 9/4
After a lengthy trial in the Asr El Ziqara High court it is determined that Governor Gavin Noor shall be removed as Governor and that elections for a new Governor to commence next week. During the court case it was revealed that he ran a ring of wealthy corporate lobbyists who encouraged him to do illegal activities such as money laundering in order to better his stance in the political field at the cost of government funding as well as to allow them to do illegal activity for money. Many are now filing cases on behalf of the state to sue these corporations such the Bolsonaro Logging Corporation which illegally got permits to deforest parts of the Jaqarastan rainforest in exchange for funding for his campaign which is illegal under both Federal and Provincial Law.

Seindomar 21/3
Aurebeshia Nations are organizing to begin a military training exercise near the Military Port at Seindomar about 300 miles south of Cordoba.

Asr El Ziqara 20/3
The Asr El Ziqara High Court has started the The Citizens of Jaqarastan v Gavin Noor case that alleges corruption, abuse of power, money laundering, and much more. The first day of this case consisted of opening statements, the charges being brought, and all evidence against Gavin Noor. Gavin Noor has been seen as an incredibly unpopular governor for the past two years due to a homeless crisis the Province is struggling to deal with and allegations and reports of corruption. The petition to remove him has over 2 million signatures though estimates put the total at 10 million after verification.

Asr El Ziqara 11/3
The Jaqarastan Supreme Court has approved to hear the case of The Citizens of Jaqarastan v Gavin Noor. The case is being led by notable opposition leader, Ahmed Santos, and presses charges of money laundering, bribery, and abuse of power. Most of the case is said to have stem from the money missing in many administrations and increased corruption reports with the administration as a whole. The case is to begin on the 20th. A court order has been put to install protection around the court but the case will be televised publicly as Justice Maria Cortez said "The case, due to it's political nature with it involving the governor, will be made public under the Republic Transparency Article in the constitution of the Islamic Republic." The petition to impeach Gavin Noor reached the required amount of signatures and verification will begin on 15th.


Protests have erupted in the city of Asr El Ziqara against the governor, Gavin Noor. Anger began when he was elected and signed off many controversial laws with his majority block in the Jaqarastan Congress such as a limit for water use which greatly depleted the region's farming economy and the mandatory 9:00 school starting time which has led to conflicts with Parent's schedules as the average working start time is 8:00. Homelessness has also been neglected during his administration which is the highest in the entire nation due to money mismanagement. The current protest arose after he was caught watering his lawn during the current drought in the region and also was caught eating the meat of the endangered Arailina Parrot which was against his own orders to stop hunting. Currently he has gone into hiding for safety reasons with protesters blocking the road to his house and occupying the capitol. Many also are calling for the previous governor, Jafar Brown, to return to office.


The Islamic Republic FA Wazir has dismissed all Sequoyans from the embassy in Sacramento but has informed embassy workers that they may qualify for asylum under the 1853 Asylum Act for Article 1 Immigration. The nation has also decided to appoint Karimun Jawa and Reia as the two selected foreign governments for advisory positions in regards to Sequoyah. 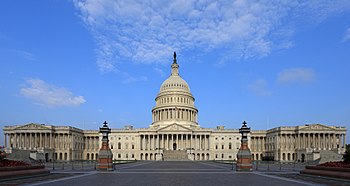 Greater Sacramento (official name: The Islamic Republic of Greater Sacramento) is a nation north of Creeperopolis, east of Lyoa, and south of Quebecshire and Terranihil. It is a Federal Constitutional Republic governed by two houses, one elected as local representatives and one elected in a proportional system. The population of the nation is 250 million making it 2nd for highest population behind Creeperopolis. The capital is Sacramento while the largest city is Ankarabad in the east. The nation has one of the largest economies in the world only being behind Creeperopolis and Quebecshire and the second highest gdp per capita.

Humans have been present in the nation since migrating from Terranihil as early as 12,000 years ago. These first humans became the Shazaqanics and Semites. After the collapse of the Ayreoshubic Kingdom the Iberian Tribes began to inhabit the western regions. The origins of the Azumanakan people is heavily unknown but many point to post Ayreoshubic migration.

In 1486 Caliph Ibinz Kaz Kashiludun took the throne after his father's death Caliph Akbar Kaz Kashiludun but upon taking the throne the Kashiludun Caliphate Economy collapsed and the Caliph was noted to have done minimal things about it and after 6 years a protest was held against him and protesters raided the Imperial Palace in Zahrbad and the Caliph hid in the palace but the protesters discovered alcohol and prostitutes which were considered to be taboo in Islam. This sparked the Blue Flag Revolution in 1495 and overthrew the Caliphate and started a period of Sacramento Democracy. The Ankarabad Khadijha Erickson Sultani International Airport, also known as the Ankarabad Airport, is the major civilian airport that serves the city of Ankarabad. It is also a major stopping point for transfers and flight connections and serves as a hub for many airlines. It is the busiest airport in the world. The airport is named after the former Mayor during 1965-1970, Khadijha Erickson Sultani.

The Airport Opened in January of 1981 with a single terminal which is now Terminal C. It was constructed to relive stress on the Ankarabad-Aliyahgarh Airport and the then existing Ankarabad-Maranpur Airfield. It was funded by the government of the Iqabaliyah Muqataea and the County and City of Ankarabad. Part of the project with building the airport was to build a 14 mile extensions to TS 697 from the TS 95 in the Aqrah District to the airport through the Izamana District. Read more...
edit