Gjorka, officially the Federation of Gjorka, is a country located in southern Ostlandet. Gjorka borders the Almanople Sea to the East, Ajakanistan to the west, Zloveshchiy to the North, and New Gandor to the south. Gjorka is home to 70 million people as of 2020, making it the 11th most populated in the world and fifth most populated in Ostlandet. Gjorka's capital is located in Gjorka City while it's largest city is Nomakoa. Gjorka spans 910,789 square miles and consists of 11 districts.

Gjorka's gdp of ₵1.1 trillion credits makes it the 11th largest economy in the world, and it's GDP per capita of ₵53,016 credits make Gjorkans the 3rd wealthiest citizens by average. The currency of Gjorka is the pón. This economic growth was experienced following the fifty years of peace experienced following the fall of the military government and the end of the Gjorkan Resistance. Gjorka is a presidential republic headed by the President of Gjorka, Carter Morris, and balanced by a unicameral legislative branch, the National Assembly.

The First Kingdom of Gjorka was founded in 640 A.D following the union of the Kingdom of Jor and Kingdom of Gior. The First Kingdom was the first government to unify the whole of Gjorka and lasted until 725 A.D. The First Kingdom was succeeded by a Second and Third Kingdom. However, by the Third Kingdom the Monarchy had grown significantly corrupt and greedy. The ruiling monarch, Quintin III, tried to challenge the powerful Merchant class of Gjorka resulting in the First Gjorkan Civil War. Following the Merchant victory in the civil war, the First Gjorkan Republic was established and monarchism left Gjorka. The First Republic faced many challenges including the feuding between the ruling Merchant class and working Commoner class. Following the victory of a Pro-Commoner party in the 1850 election, the High Court of Gjorka banned the Commoners and dissolved the legislature. Eventually after 70 years of judicial tyranny and economic collapse resulted in the Second Gjorkan Civil War where Revolutionaries tried to overthrow the government. They succeeded resulting in the Second Gjorkan Republic, however the Revolutionary military had taken over the government resulting in a military dictatorship. Following a long resistance, the military dictatorship was dissolved in the Second Blue Revolution and democracy restored to Gjorka with the Third Gjorkan Republic. However, this new republic was unstable and collapsed following the corrupt presidency of Rick Milhous. Thus leading to the founding of the current Federation of Gjorka. 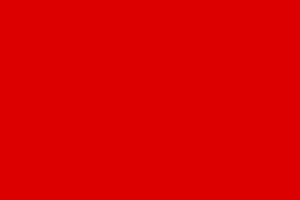 The Gjorkan Resistance was an insurgency of various anti-government groups against the Military Dictatorship of Gjorka that lasted 53 years from November 11th 1919 to November 11th 1972. The insurgency began following the end of the Second Gjorkan Civil War, and the surrender of last remaining major socialist forces. Various socialist and loyalist groups throughout Gjorka however did not end their fight. The early phase of the Gjorkan Resistance is known as the War against Socialism as the Government hunted down the remaining opposition groups. However, the conflict expanded to a larger resistance movement following the government's decision to delay elections until further notice in 1923.

The resistance had various phases of conflict heating up, and cooling down. However, by 1971 the democratic resistance had gained significant public support, and Government efforts to supplants the rebel groups were starting to fail. This all came to a head with the death of President MacRoy, and subsequent 1971 Gjorkan coup d'état by Austin Tannerburg. However, Tannerbug's rule was not universally accepted and many other military units across the country mobilized to overthrow him. In order to have a fighting chance, Tannerburg publicly declared support for a restoration of Gjorkan Democracy, despite privately wanting to continue a dictatorship under his rule. Gjorkans flooded the street, in celebration of the news and military units across the Republic faced mass desertions. This event known as the Second Blue Revolution caused a cease fire between most major rebel groups and the government, and the eventual return of Gjorkan democracy a year later on November 11th, 1973 (53 years to the day of the end of the Second Gjorkan Civil War) leading to the end of the resistance. Read more...
Gjorka News
Selected Image

Gjorkans protesting during the Second Blue Revolution
Did you know...
Selected Biography
Carter Degroose Morris (born May 1, 1980) is a Gjorkan politician who is currently serving as the 13th President of Gjorka since 2021. Before entering the presidency she served as a member of the National Assembly of Gjorka from Baltimore. Morris was born in Baltimore, and attended the University of Baltimore. Following her graduation, she attended Alicia University Law School, but dropped out her second year to pursue a political career. In 2004, she began working as a staffer for assembly member Melissa Turnip. In 2006 she challenged Turnip for her seat in the National Assembly, and in a major upset won the primary for Gjorka United's nomination allowing her to become a member of the National Assembly in the 2006 election. During her time in the Assembly, Morris became the head of the controversial Wolf Caucus, became Deputy Minority Leader, and fierce critic of President Roman Vanderburg. In 2020 she announced her candidacy for President. She successfully earned Gjorka United's nomination for the 2021 presidential election and selected John Burreaux to be her running mate. She defeated Forward Gjorka nominee Julian Vanderburg in the election winning just 32.4%, the lowest of any elected President. During her Presidency, Morris has had a strong international focus with her hosting the 2022 Gjorka City summit, founding the Ostlandet Union, and signing a mutual defense treaty with New Gandor among others. Domestically, she has been criticized for her lack of action. Read more...
Selected War or Battle

The Second Battle of Nomakoa took place between September 27, 1919 to November 19, 1919 between Revolutionary and Socialist forces and was the final battle of the Second Gjorkan Civil War. The Battle was the last battle of the Final Offensive, and saw the surrender of the Socialist Government and the Gjorkan People's Army. The Battle was one of the bloodiest and most devastating in the civil war, and saw the destruction of 95% of Nomakoa's buildings. Fighting continued in the city following the surrender of socialist forces, starting the Gjorkan Resistance. Read more...
Gjorka topics
Retrieved from "https://lcnwiki.xyz/index.php?title=Portal:Gjorka&oldid=91358"
Categories: