The Old Kingdom of Creeperopolis was established in 537AD as a city-state Kingdom by Felipe I of the Amara Dynasty following the War of Creeperian Unification, ending the Creeperian Confederation, but his kingdom was conquered and destroyed by the Caliphate of Deltino in 745AD by Caliph Abdul I bin Abu Kharzan. In the Old Kingdom's place, the Emirate of Rabadsun was established as a client state to the Deltinian Caliphate under the puppet rule of the descendants of the brother of Fidel II, Rudulifu I. One of Rudulifu I's descendants, Alfawnasu III declared independence for Creeperopolis on February 8, 1231 initiating the 114 year long Creeperian Crusade. The kingdom was ruled by Alfonso I under an absolute monarchy, justified with divine right and the approval of Pope Gregorio XI. The absolute monarchy came to an end in 1565 when the First Parliament of Creeperopolis was established following the tyrannical reign of Miguel V which prominantly featured the Honduran Genocide in 1535. Following a failed attempt to restore the monarchy by King Carlos III, the Republic of Creeperopolis was established, but it was soon abolished following a peoples' revolution which reesteblished the monarchy under Adolfo II. Adolfo II's son and successor, Manuel III, overthrew the Parliament in 1771 and later declared himself Emperor in 1778 reestablishing the absolute monarchy. Shortly after his death, a 7-year-long war of succession raged in Creeperopolis from 1783-1790 between two rival brothers of the House of Martínez, Manuel and Salvador, both of whom were sons of Manuel III. Manuel IV was victorious, but the Creeperian Revolution of June 14, 1833 saw Salvador III's grandson overthrow and kill Manuel IV, becoming Adolfo III. The Emperors succeeding Adolfo III were relatively short lived and inefficient due to the establishment of a Second Parliament in 1887. From 1877 to 1933, the Creeperian Conservative Coalition and the People's Social Coalition struggled eith each other for control of the Parliament leading to violence such as the 1912-13 Creeperian Protests, the Reigns of Terrors, Christmas Putsch, San Pedro Incident, and the Crisis of 1928. The Creeperian Civil War errupted in 1933 between the Catholic Imperial Restoration Council, known as the Romerists, and the National Council for Peace and Order, known as the Miguelists, effectively ending the Parliament. The deadliest war in Creeperian history was marked by war crimes, massacres, terrors such as the Red and White Terrors, and even genocide. The war ended in 1949, and Romero I of the Romerists would eventually be canonized as a saint in the Creeperian Catholic Church by Pope Juan Pablo II as a martyr in 1987. Creeperopolis is a founding of the Terraconserva Council of Nations. Currently, Alexander II rules as Emperor, rising to power following the 2003 Creeperian coup d'état which deposed Alfonso VI and the October 16 Regime. Creeperopolis has been ruled by the Nationalist Creeperian Catholic Royal Initiative and the Pro-Fatherland Front of Unification (IRCCN y la'FPPU) since 1949.

The Creeperian economy used to be heavily reliant on coffee but is now reliant on aircraft manufacturing, textiles, sugarcane and coffee, fruit, coal and iron exports, and oil refinery, making it the world's second largest economy at $94.4 trillion colóns, second only to Quebecshire. (The Creeperian Colón is inflated 8 times as much as the Quebecshirite Credit, the base currency of Terraconserva. The figure of $94.4 trillion is equivalent to $11.8 trillion Credits.) The country continues to struggle with massive wealth inequality, rampant crime and crime rates, three ongoing internal armed conflicts, rampant government and corporate corruption, and unprecedented poverty rates of 20-25%. The official currency of Creeperopolis is the Creeperian Colón and it has been since the relinquishment of the Creeperian Dollar in 2003 following the coup. Creeperopolis has been commonly called terms such as a dictatorship, fascist, totalitarian, police state, and banana state, many of which have varying degrees of accuracy. 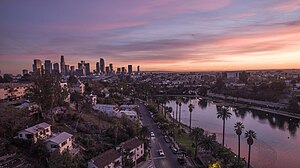 Capitol of Adolfosburg.
Adolfosburg is the second largest city in Creeperopolis, its former capital from 1729-1778, and the capital of the department of the same name. Read more...
Creeperopolis News

Minister of Defense Adolfo Cabañeras Moreno reading orders to his officers during the Papal War, 1938.
Did you know...
Selected Biography 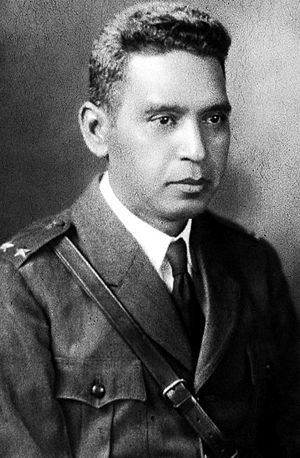 Photo of Adolfo Cabañeras Moreno in 1933.

Adolfo Alfonso Cabañeras Moreno (October 10, 1890-May 9, 1944) was the Minister of Defense of Creeperopolis and the Chief Field Marshal of the Creeperian Army from 1931 to 1944. He was one of the most important and prominent Romerist generals during the Creeperian Civil War.

Adolfo Cabañeras Moreno was appointed as Minister of Defense on December 2, 1931, by Emperor Adolfo IV. Cabañeras Moreno remained loyal to Emperor Romero I during the civil war. Read more...
Selected War or Battle