Lesbian, gay, bisexual, and transgender (LGBT) rights in Tirol have advanced significantly in the 21st century. Both male and female same-sex sexual activity are legal in Tirol. Registered partnerships were introduced in 2005, giving same-sex couples some of the rights of marriage. Stepchild adoption was legalised in 2009, while full joint adoption was legalised by the Constitutional Court of Tirol in March 2012. The ruling went into effect on 1 January 2013.

The country, while influenced by Creeperian Catholicism, has slowly become more liberal with laws and social opinions concerning sexual orientation and gender identity. However, there are still many LGBT minorities think being different is a problem.

Same-sex sexual acts have been legal since 1991. In 2005, the age of consent was equalized by the Labour government.

Despite widespread support to set up an "expungement or compensation scheme" for old historical gay sex criminal records, the government of Tirol has not implemented it yet as of April 2021. 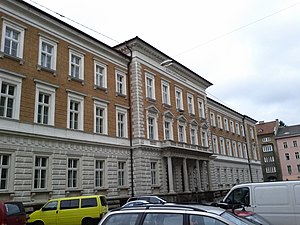 First planned in 2005, registered partnerships have been legal in Tirol since 30 September 2005.

Before 2005 when the National Council legalised same-sex union, the Tiroler Government had not legalised same-sex marriage due to opposition by the League Party. Labour had however introduced a bill in Parliament, and in 2005 when Labour won the National Council election one of the first bills put forward before the council was introducing Civil Unions.