The Jewish Holocaust conspiracy theory, or simply the Jewish Holocaust argues that Greater Sacramento perpetrated a genocide against the Jewish people from 33 AD to 900 AD. The conspiracy theory commonly cites the disappearance of Judaism in the country during that time. Reputable historians state that there was no genocide against the Jewish people and that the Jews in Greater Sacramento converted to Christianity or Islam. However, the conspiracy is widely believed in Terranihil, even in Terranilian academia. It is also believed in Creeperopolis and Creeperian academia.

The origin of the conspiracy theory is unclear.

One of the earliest mentions of the theory was in a 1995 article by Skilir Abers, a Terranilian professor at the University of Tolongen, published in the Terranilian History Journal. The article used outdated estimates of the Jewish population in pre-unification Greater Sacramento as evidence. The article was unnoticed by many foreign intellectuals, but it gained popularity in Terranihil.

Another early mention was in a 1998 publication by Orlando Pareja Palau, a Creeperian professor at Antonio José Sáenz Heredia University, called Historia de Catolicismo (History of Catholicism). It used identical estimates of the Jewish population in pre-unification Greater Sacramento used by Skilir Abers in 1995 as evidence but cited the dates as being 632AD to 900AD. Pareja Palau denied having seen the work by Skilir Abers and claimed that he has been investigation the dissapearence of Sacramatian Jews since 1983.

The media spread the Jewish Holocaust Theory after the publication of Abers's article. Žiel Igevin, the Terranilian Chairwoman at the time, stated that the theory was possible. Several modern Terranilian professors believe the theory, including Zakaria Boisón, a historian at the University of Guršaun. Boisón is one of the most outspoken beleivers, writing a popular book called the The Jewish Holocaust which was published in March of 2020.

In the book, Boisón states that there is substantial evidence that Greater Sacramento perpetrated a Jewish holocaust. He beleives that the Sacramatian government and its allies have attempted to cover up such evidence and silence those who are outspoken about the theory. Boisón writes:

"It is not concerning to me that the Jews have been eradicated; I have no sympathy for them; the stupidity, weakness and parasitic nature of those who follow the Judeo-Christian religions is widely known, as demonstrated by the radical Islamites and vile Malgans living in Terranihil. Rather what concerns me is the censorship of intellectuals who understand the undeniability of the Jewish Holocaust, the spread of misinformation by Sacramatian authorities and academics, and the obvious lies of those who deny the Jewish Holocaust."

Boisón and other believers of the conspiracy demand that Greater Sacramento acknowledge the genocide and stop the spread of misinformation regarding the theory. 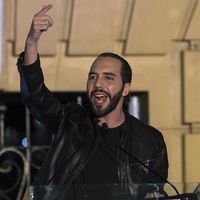 The Creeperian government approved of the work of Pareja Palau and published his claimed findings of the Jewish Holocaust. Beginning in 2004 under the orders of Emperor Alexander II, the Jewish Holocaust became an unquestionable truth about the history of the Abrahamic Relgions and was instituted into the Creeperian education system as Anti-Islamic propaganda aimed at demonizing the minority Deltinian Muslim population of Creeperopolis.[citation needed]

"The unquestionable truth about the Jewish Holocaust in Greater Sacramento cannot be questioned. It is a fact that it occured from 632AD to 900AD as an attempt to destroy Judaism from the area. The Jewish Holocaust proves the inherit evils of Islam, and as such, proves why [Deltinian] Islam has no place in Creeperopolis."

The Jewish Holocaust is commonly cited as what could or will happen to Creeperian Catholicism if Deltinian Islam is allowed to continue to exist.[citation needed]