The Franciscan Summer (Creeperian Spanish: Verano Fransicqueño, Quebecshirite: l'Été Franciscan) was a series of protests against the Creeperian government's decision to revoke Quebecshirite as an official language in Puerto Francisco.

On 16 October 1999, Emperor Romero III died and was succeeded by his brother, Alfonso VI. He transitioned Creeperopolis from an already authoritarian state to a totalitarian state. One of the measures he instituted was revoke the official language status of Quebecshirite in Puerto Francisco, a city in Salvador mostly populated by ethnic Quebecshirites. The revocation caused issues where Quebecshirites who did not speak Spanish were unable to pay their taxes, process government forms, and communicate with government officials. The Alfonsisto initially didn't care until the economy collapsed in 2002, after which, arrests began on Quebecshirites who were labeled as tax evaders.

The mass arrests resulted in demonstrations beginning across Puerto Francisco, protesting both the arrests and the language policy that had been maintained by the Creeperian government. The Creeperian National Police attempted to suppress the protests as they grew by continuing arrests, causing many to turn violent with confrontations between demonstrators and police. Several protests resulted in injuries and deaths on both sides, but due to the secretive nature of the Creeperian government, there are not reliable statistics. Despite the stifled reporting of events, news was able to reach Quebecshire and the international community of the events. It became a major issue in the 2004 Quebecshirite election series and protests also took place across Quebecshire and in some cities in Gagium.

Omer Levasseur was elected Speaker of the Parliament in September 2004 and had promised to provide a strong response to the crisis in Puerto Francisco. The day following his inuagaration he contacted Minister of Defense Augusto Cabañeras Gutiérrez and demanded a rollback on Creeperian policing in Puerto Francisco and for the Creeperian and Quebecshirite governments to meet to resolve the status of the city in Creeperopolis. Some sources close to Levasseur claim that he threatened action in the Terraconserva Council of Nations Security Council and possible naval mobilization, but this is disputed. 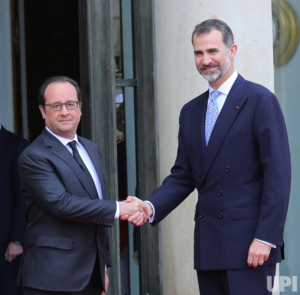 The Quebecshirite and Creeperian governments began negotiations to end the unrest in Puerto Francisco on 26 October 2004. They agreed to meet in New Bostonia, Lyoa, to negotiate an end to the crisis.

On 9 February 2005, the Creeperian government announced its intentions to hold democratic elections in the city for mayor and for representatives to a city council. The announcement appeased most of the protestors and the protests mostly ended by late February. The Quebecshirite police withdrew by late March 2005.

The promised elections were held on 10 May 2005. Three parties were allowed to run, the Social Democrats, the Liberal Party, and the Franciscan Patriots. A Quebecshirite Ba'athist organization attempted to run candidates but was de jure dissolved due to constitutional concerns. The Social Democrats won 52% of the vote and their candidate, Léo Baudelaire, became Mayor of Puerto Francisco on 1 June 2005.