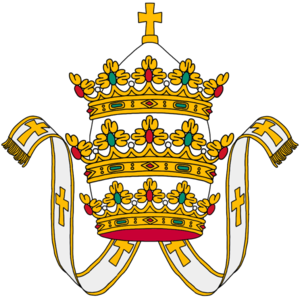 The Crown of Creeperopolis is a crown that is worn by Emperors of Creeperopolis and the Popes of the Creeperian Catholic Church from as early as the 14th century. The current iteration o the Imperial crown has been in use since 1840. The current iteration of the Papal crown has been used since 1855 as a gift from Emperor Adolfo III to Pope Pío IX.

A representation of the triregnum combined with two crossed keys of San Pedro continues to be used as a symbol of the Empire and the Papacy and appears on Imperial and Papal documents, buildings, and insignia.