The club was founded on 6 March 1878 as the Adolfosburg Football Club, making it the oldest football club in Creeperopolis, being only three days older than San Salvador. The club played its first ever match against San Salvador on 14 June 1878 and defeated San Salvador by a score of 3–1. As a result of their victory against San Salvador, Emperor Adolfo III bestowed upon the club the title of "Imperial", a title never again bestowed upon any Creeperian club. Since 2009, the club has played at the 18 June Stadium, and before then, the club played at the Campo de Adolfo and the King Adolfo I Stadium.

In 2022, the club was the most valuable sports team in the world, being valued at ₵3.8 billion credits,[note 2] and is considered to be one of the most popular and widely supported football clubs. Adolfosburg is one of only four teams to have never been relegated from the Liga Imperial, with the other three being San Salvador, Salvador, San Romero. Additionally, the club has many notably rivalries with other Creeperian clubs, most notably the Rivalidad Antiguo with San Salvador, the Rivalidad Nuevo with Salvador, and the Concurso del Mar with La'Libertad. 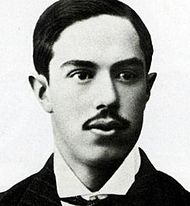 The concept of organized professional football was introduced to Creeperian Emperor Adolfo III on 2 February 1878, when university students from the University of San Luís suggested the formation of professional football clubs and played a demonstration match at the San Salvador Imperial Palace in front of the royal family, high-ranking politicians from San Salvador, and some military officials. After the match, Adolfo III issued an imperial decree ordering the formation of football clubs in San Salvador and Adolfosburg, Creeperopolis' two largest cities, and that the two clubs would play against each other in San Salvador on 14 June 1878 to commemorate 45-year anniversary of the Revolution of 1833.

The decree was received by the governments of both cities, which began searching for individuals talented enough to play for both teams and operate the teams. On 6 March 1878, Julián Palacios Ortega, a lawyer and business man who was the brother of Andrés Palacios Ortega, the mayor of Adolfosburg, announced the establishment of the Adolfosburg Football Club and recruited its first two players: José Berraondo Prast and Federico Revuelto Yarza, two students at the San Alfonso University who played for the university's football program. The club's formation preceded the formation of the San Salvador Football Club by just three days, making Adolfosburg the oldest professional football club in Creeperopolis.

From March through April 1878, Palacios Ortega recruited fourteen players from the San Alfonso University and the University of Teguracoa to the Adolfosburg Football Club, more commonly known as CF Adolfosburg. The improvised club was financed by the Palacios Ortega brothers, with Andrés even misappropriating public funds from the city to finance the club, as the club was not city property but in Julián's personal ownership. Miguel Espinoza Contreras, the director of the San Alfonso University's football program, was named as Adolfosburg's manager for the match against San Salvador, and he oversaw the club's training and practice sessions. 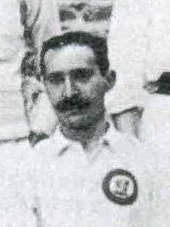 The 1965 starting lineup with the CONFUSUR Champions' Trophy.

Víctor Pacheco Durán is the current manager of CF Adolfosburg. 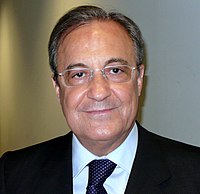