The Autostrèdes (singular autostrèda) are roads forming the Tiroler national system of motorways. In the far north of Tirol, the Autostrèda mainly consists of tollways managed by private owners. They are officially called Autostrèda A under the authority of the government according to the Tiroler National Road and Infrastructure Act. 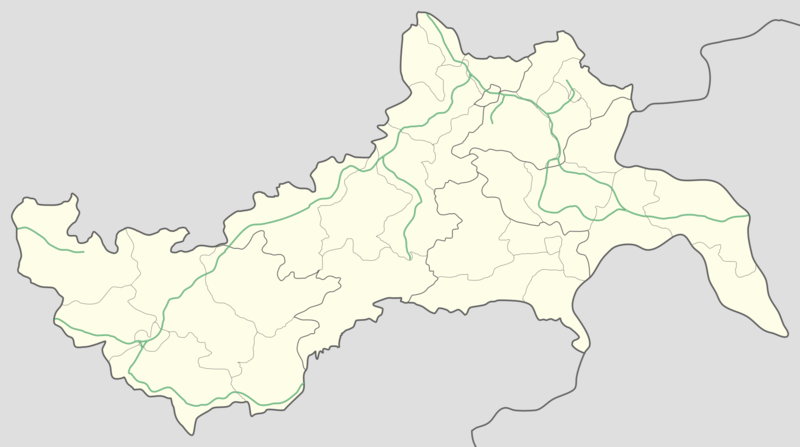 Interactive map of the Autostrèda A System

Ideas to build up a limited-access road network with grade separated interchanges had been developed already in the 1910s, including a motorway along the Inn from Innsbruck to Balsan and further on towards Schwaz. These plans however had never been carried out due to the lasting economic crisis that hit the country after the foundation of the republic following the Civil War.

The first autostrèda constructed was the Autostrèda Prima (A4) from Innsbruck to Maran. Building started in 1947 from the edge of Innsbruck.

The first section of the Autostrèda Prima (now, A4) was opened in 1958, by 1967 the route between Innsbruck and Maran was completed. From 1959 onwards the Autostrèda dl Mesdì was built to reach the southern state capitals of Balsan and ultimately Porsenù from Innsbruck. The construction of high alpine passes and tunnels extending the A1 to Porsenù began construction in 1969. The Autostrèda Ozidentala in the western province of Trentin was built from 1968 onwards.

Tirol's autostrèda must not be used by:

Tirol's autostrèdes have a standard speed limit of 130 km/h (80 mph) for cars. Limits for other vehicles (or during foul weather and/or low visibility) are lower. Legal provisions allow operators to set the limit to 150 km/h (93 mph) on their concessions on a voluntary basis if there are three lanes in each direction and a working speed camera monitoring system.

Type B motorways, commonly but unofficially known as dual carriageways, are divided byways, typically with at least two lanes in each direction, paved shoulder on the right, with no cross-traffic and no at-grade intersections. Access restrictions on such motorways are exactly the same as autostrèda. Signage at the beginning and the end of the motorways is the same, except the background colour is blue instead of green. The general speed limit on Autostrèda B is 110 km/h. Autostrèda B are not tolled. All Autostrèda B are directly controlled by the Tiroler government. Autostrèda B are not officially a seperate designation of road and are signposted with the broader route they are part of, typically standard Strèda (S-class roads).