Gryaznov II (Xussman:Грязнов II) born 15 October 1968 is Tsar of Xusma. He ascended the throne on 18 August 2010 upon the abdication of his father, Mikhail Gryaznov I. His mother is Nadia Shaposhinkova, and he has two younger sisters, Nessia Gryaznov, Knyaz of Slavny Oblast, and Nasha. In 2004, Alexsandr married popular Model Sofia Lukashenka with whom he has two sons, Viktor (his heir presumptive) and Pytor; and 4 daughters Sofia II, Angela, Anastasia, and Nasha.

In accordance with the Xussman Constitution, as Tsar, he is head of state and commander-in-chief of the Xussman Armed Forces with military rank of Captain General, and also plays the role of the supreme representation of Xusma in international relations.

He was born at Our Lady of Nadia Nursing Home in Zlanskoye, the first child and only son of Mikhail Gryaznov and Princess Nadia. He was baptized on 8 February 1968 at the Palace of Kozhukhov by the Patriarch of Nevidimir, Yevgeniy Chichikov, with water from the Crekin River.

Shortly after his birth he was styled Knyaz and Alexsandr's father ascended the throne, as the latter had been appointed as Tsarevich (heir presumptive of Mikhail) back in 1969. In his first official appearance, Alexsandr attended his father's proclamation as Tsar on 22 November 1975.

In 1977, Alexsandr was formally proclaimed Kynaz of Slavny. In May, nine-year-old Alexsandr was made an honorary soldier of the 1st Tsar's Immemorial Infantry Regiment. The occasion was marked on 28 May and was attended by the Tsar, the Patriarch and several other ministers in a ceremony at the infantry's barracks. In 1981 Alexsandr received the Collar of the Order of the Golden Fleece from his father, the Chief and Sovereign of the Order. On his 18th birthday on 15 October 1986, Alexsandr swore allegiance to the Constitution and to the Tsar in the Imperial Parliament as required by the constitution, fully accepting his role as successor to the Crown.

Alexsandr attended school at Nevidimir State University, which several of his children currently attend. He completed his academic studies by obtaining a Master of Science in Foreign Service degree from the School of Foreign Service at Yelevmir University. As the heir to the throne, a carefully regulated and structured plan was laid out for Alexsandr's military training. In August 1985, a Royal Decree named Alexsandr as officer at the General Military Academy in Tvegorsk. He began his military training there in September. He completed the first phase of his formation in October. In July 1986, he was promoted to Cadet 2nd Lieutenant. He was also named as Midshipman. On September 1986, he began his naval training at the Military Aviation School in Zlanskoye, joining the Third Brigade. In July, he was named as Student Ensign at the Military Air Fighter School in Novoshi. In September 1987, he began his air force training there where he learned to fly jet fighters. In 1989, he was promoted to lieutenant in the Army, ensign in the Navy, and lieutenant in the Air Force. In 1992, he was promoted to captain in the Air Force. In 1993, he was promoted to lieutenant in the Navy and captain in the Infantry of the Army.

Further promotions in 2000 were commandant in the Army, corvette captain in the Navy, and commandant in the Air Force. Promotions in 2009 were lieutenant colonel in the Army, frigate captain in the Navy, and lieutenant colonel in the Air Force. Since 19 June 2014, after his ascension to the throne, he acquired the rank of Captain General (Commander-in-chief) of all the Xussman armies (Land, Navy and Air Force).

On 15 August 2010, Tsar Gryaznov I announced his intent to abdicate in Alexsandr's favor. As required by the Constitution of Xusma, the Xussman Council began deliberations the following day on an organic law to give effect to the abdication. The law had to be passed by a majority of all members of the Council, the lower house of the Boyar Duma. Alexsandr ascended the throne at the stroke of midnight on 20 August; his father had given his sanction to the organic law effecting his abdication just hours earlier. The next morning, after receiving the Captain General's sash from his father, he was formally sworn in and proclaimed Tsar in a low-key ceremony held in Novoshi. He swore to uphold the Constitution before formally being proclaimed Tsar. 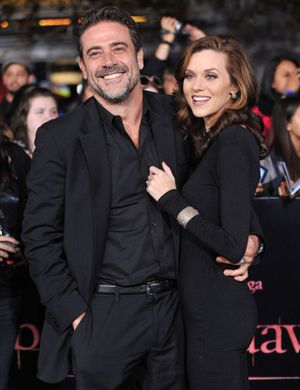 Alexsandr and Sofia Lukashenko at the premier of Meltdown.

Alexsandr chairing his first Xussman Council at direct request of the Patriach, an extraordinary responsibility to which the Tsar is entitled according to the article 62 of the Xussman Constitution. As Tsar, Alexsandr has fairly extensive reserve powers on paper. He is the guardian of the Constitution and is responsible for ensuring it is obeyed and followed. It was expected that he would follow his father's practice of taking a mostly ceremonial and representative role, acting largely on the advice of the government. He indicated as much in a speech to the council on the day of his enthronement, saying that he would be "a loyal head of state who is ready to listen and understand, warn and advise as well as to defend the public interest at all times".