The Ajaki–Reykani War also known as the Oil war was a war between Reykanes and Ajakanistan from 1958 to 1960. The war started when Reykanes stopped trading oil with Ajakanistan a year after the Reykani communist government was dissolved.

In 1956, the governments of Reykanes and Ajakanistan made an agreement that both nations would share the oil of Reykanes. In 1958, the new Reykani government introduced a new policy which stopped all oil trade to communist nations, including Ajakanistan, which caused an oil shortage in Ajakanistan. The law was introduced as the government did not want to support any allies of the old Reykani communist dictatorship. The new policy was denounced by the Ajaki government which condemned Reykanes for violating the agreement.

Course of the war

Start of the war

On 21 August 1958, Ajaki Navy entered Reykani waters in the morning. The coast guard was alerted, and at 11:43am, the two ship convoys met. The coast guard went in to stop the Ajaki Navy from entering Reykani, however, twenty minutes later, the first shots came from an Ajaki naval vessel. The fighting ensued for two hours until the local coast guard was overwhelmed. The Reykani Navy was called in. Small local naval fights broke out for couple weeks, as neither side was willing to negotiate to end the fighting.

The so-called "Blue Line" was established by the Terraconserva Council of Nations (TCN) as a demarcation line in the sea to prevent any further fights in 2 November 1958 between the armies of Reykanes and Ajakanistan. It served as the de facto border until the Ajaki Navy landed in Port Sturla, breaking the Blue line on 8 February 1959.

On 8 February Ajakanistan took the drastic choice of navally invading the local oil storages in the vicinity of Port Sturla, attempting to seize the port. The war had been to the Reykani advantage since the alignment of most world powers with them, in addition to the lack of success of taking the local oil fields, which caused the Ajaki Armed Forces to take this chance as a last-ditch attempt to seize Reykanes prior to sizeable international intervention. At 6 AM in the morning the Ajaki Navy broke through the Small Defence Lines and the "Blue Line", ultimately breaking it. 2,000 infantry alongside 5 armoured cars landed as well as various support equipment. Shortly after they landed the Ajaki forces gained control of the port and the outside of the city towards the sea. Heavy fighting ensued for 6 days which caused large-scale destruction of the city. The control of the city fell under Ajakanistan for 2 weeks till the Reykani Defence Forces, supported by the Tiroler 7 Alpine Brigade, regrouped for an offensive, which broke Ajaki defences advancing deep into the city. The advance caused the Ajaki army to fall back to the Port and its surrounding area, meanwhile the Reykani and allied navies effectively destroyed the nearby Ajaki navy and transports and surrounded them thus blockading them of escaping. The frontline stagnated for 2 months. Meanwhile fighting was occurring many civilians were evacuated during the fight thus creating multiple peace lines in attempts to prevent any further destruction of the city. At times fighting ceased for long periods, sometimes causing weeks of peace. 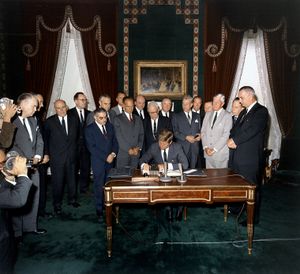 The Reykani Blockade caused a major food and equipment shortage for the Ajaki Army which was only slowed down by robbing out shops and fishing for food and the Multiple peace lines. 1 week before the War ended the Ajaki Army was defeated by being overwhelmed and all of their supply ran out Ajakanistan had no choice then to accept peace and join the talks in the treaty. Quebecshire Hosted the Peace talks to prevent any conflicts on neutral land. The war ended on 10th of January 1960. The entire Ajaki army evacuated and left Reykanes 3 days later. The Peace treaty includes that Reykanes no longer has to transport oil to Ajakanistan till it decided to sell again

Following the outbreak of the war in 1958, the Tiroler government issued an ultimatum to the Ajaki Armed Forces calling for an immediate cession of violence. Failure to meet this demand would result in direct intervention. In addition to this sanctions on all military goods and materials to Ajakanistan were introduced and the contemporary Premier of Tirol, Albrec de Tor entered talks with Creeperopolis, Greater Sacramento, Paleocacher, Quebecshire, and Reia, on introducing a raft of international sanctions.

By 1 January 1959, lacking any formal response from the Government of Ajakanistan, de Tor announced a task-force would be dispatched to Reykanes. Shortly after the Tiroler government released an official statement declaring a Maritime Exclusion Zone covering 400NM (~740km) from the Reykani coastline in all directions. According to the statement, the Tiroler Defence Forces would actively engage any Ajaki vessels, aircraft or personnel that could pose a threat to the taskforces operation to defend Reykanes. Outside of the exclusion zone, Ajaki vessels or aircraft on a clear approach to the exclusion zone, the statement declared would also be subject to attack via air strike or bombardment from the Tiroler Defence Forces. Notably excluded from the statement, was usage of language distinguishing between Ajaki military and civilian vessels, leaving the discernment of what could present a military threat to the commanding officers involved in the operation. 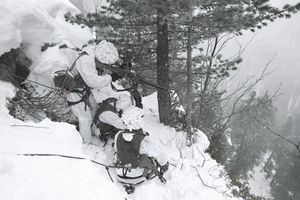 On 11 February 1959, the 7 Alpine Brigade was deployed to Hafnir. They were then moved toward Port Sturla establishing a Tiroler Forward Operations Base in the nearby village of Fellabær. The brigade took up positions in the mountains overlooking Port Sturla, where they engaged Ajaki Forces.

Effects of the war

The effects of this war on ajakanistan was huge, it made Ajakanistan politicaly Unstable and all the embargos on ajakanistan ruined the economy. all adding upp to Ajaki Great Deppresion and the karushev wars. After the war the Reykani army would be severy damaged and in result the army was disbanded to the police and from 1960 till 1963, Reykanes did not have a standing military for 3 years.