2nd Emergency Meeting of the Cooperation and Development Coalition

The meeting ended in the suspension of Andaluzia's membership of CODECO until the thirteen oil rigs nationalized by the Andaluzian government were returned to CRI S.p.A. 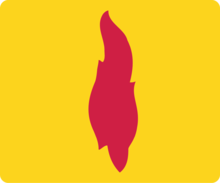 In response to the allegations by the Andaluzian government, a spokesperson for CRI S.p.A. denied the accusations of trafficking cocaine through its facilities and denounced Amor I's intentions of nationalizing the various oil rigs owned by CRI S.p.A. He threatened to lodge a formal protest with the Cooperation and Development Coalition (CODECO), an economic and military alliance of which both Andaluzia and Salisford are members, stating that nationalization would be a "gross overreach of [Andaluzian] government power and a violation of the commitment to free trade," which is stipulated by membership in CODECO.[2]

As a result of Amor I's announcement that Andaluzia would no longer be reliant on CRI S.p.A. oil products, stock markets in Andaluzia crashed on 6 May 2022. Automobile and aviation companies suffered the most from the market crash, as they were the most reliant on the Salisfordian oil, which accounted for an estimated 90 percent of Andaluzia's oil consumption.[3] Despite the market crash, the Andaluzian Navy began capturing CRI S.p.A. oil rigs on 7 May 2022, capturing three oil rigs near Galveias on that day. The oil rigs were transferred to the newly established Petróleo Nacional (PN). Rolando Duarte, the chief of operations of Petróleo Nacional, stated: "Unfortunately, all of the manuals [for the oil rigs] are in Salisfordian, so our boys are having to translate it as they go. [...] I believe they [the oil rigs] should be fully operational within the week."[4] The following day, the price of gasoline across Andaluzia rose to ₰22 escudos, causing widespread protests and riots across the country. Additionally, the Andaluzian government closed airways in and out of Galveias to prevent individuals trafficking drugs to leave or enter the country's capital city.[5] The Andaluzian government declared that all oil rigs were secured on 10 May 2022, and flight restrictions out of Galveias were lifted on 12 May 2022.[6]

On 9 May 2022, the stock prices for CRI S.p.A. collapsed due to the nationalization of their oil rigs in the Andaluzian Sea. The company assured its investors to "remain calm" and continued to deny the allegations of the Andaluzian government.[7]

Lead up to emergency meeting

On 12 May 2022, the Salisfordian government announced that it would intervene on behalf of CRI S.p.A., as it was its largest shareholder. In a press conference held by Lorenzo Aceto, a spokesperson for the Salisfordian government, he denounced the "blatant nationalization" by the Andaluzian government of CRI S.p.A.'s assets in the Andaluzian Sea. He also accused Andaluzia of "economic obligations as a CODECO member state," and declared that Salisford will lodge an official protest to CODECO against Andaluzia for its actions.[8]

After the Salisfordian government made a formal protest against Andaluzia, Emperor Alexander II of Creeperopolis and Creeperian Minister of External Affairs Nicolás Correa Encarnación issued a call to the heads of state of CODECO to hold an emergency meeting on 13 May 2022 to discuss the unfolding events in the Andaluzian Sea. As the largest member of CODECO, Creeperopolis, which had remained neutral on the unfolding events, offered to hold the emergency meeting in San Salvador, its capital city.[9]

The emergency meeting meeting began at 12:00 p.m. (SST) in the San Salvador Imperial Palace. In attendance Amor I, the King of Andaluzia, Pietro Govone, the first minister of Salisford, Alexander II, the Emperor of Creeperopolis, Orlando Pareja Palau, the president of El Salvador, and Francisco I, the sovereign of the State of the Church. The summit was broadcast live by various news outlets from the member states of CODECO as well as some news outlets from non-CODECO members.

At the meeting, Amor I argued that CRI S.p.A. was directly responsible for the drug trafficking operations which were occurring at its facilities, while Govone and Vittorio Poltava, the chief executive officer of CRI S.p.A., denied the accusations, instead stating that any such drug trafficking operations were committed without the knowledge or consent of CRI S.p.A. administrators. Alexander II compared the situation a similar drug trafficking scandal in the 1980s which involved the Andaluzian company of Azavedo, and asked Amor I how the Azavedo drug trafficking scandal was any different from CRI S.p.A.'s scandal. Amor I stated that the scandal involving Azavedo was orchestrated by director Sérgio Silvestre and not the company itself, while continuing to assert that CRI S.p.A. must have been responsible for the operations due to the "shear amount" of drugs trafficked. His assertion was refuted by both Alexander II and Govone, who stated that more drugs were trafficked during the Azavedo scandal and that Amor I's argument contradicted itself.

The nationalization of the oil rigs was introduced as one of the most pressing matters at the meeting. Amor I justified the nationalization of the oil rigs citing the alleged drug trafficking operations, which he continued to blame on CRI S.p.A., stating that he was repossessing property from criminals. Additionally, Amor I directly called Poltavi a criminal, leading to a brief altercation where he was restrained in his seat by those around him. After Amor I doubled down on calling Poltavi a criminal, Poltavi left the room in anger and did not return for the remainder of the meeting, with one of his deputies answering questions in his place.

Alexander II asked Amor I if he believed that nationalizing the Salisfordian oil rigs went against the free trade agreements and commitments required of CODECO, to which Amor I stated which he believed it did not. In response, Govone argued that it did violate Andaluzia's free trade commitments to CODECO, to which Amor I responded that Andaluzia could simply trade for oil with another country and that Andaluzia was not disrupting Salisford's ability to engage in free trade with the other members of CODECO. Alexander II asked Govone if Salisford would be willing to accept compensation for the oil rigs, to which both Amor I and Govone rejected.

Alexander II asked Govone what action he believed was necessary to take against Andaluzia, and Govone stated that he wished to see Andaluzia be suspended or ejected from CODECO unless the oil rigs were returned to Salisford. A vote was held between Creeperopolis, El Salvador, Salisford, and the State of the Church, where the five unanimously agreed to suspend Andaluzia's membership of CODECO.

The emergency meeting ended in the suspension of Andaluzia's membership in CODECO, which allowed the member nations of CODECO to not be obligated to engage in free trade with Andaluzia. The five active members of CODECO reiterated that the suspension will only be lifted when Andaluzia returns the oil rigs to CRI S.p.A., however, rumors have spread that Salisford will also push for reparations for the revenue lost as a result of the nationalization of the oil rigs.

During the meeting, domestic Andaluzian issues were also introduced, including the closing of airways and the high prices of gasoline in the country. At one point, Govone asked Amor I how the nationalization efforts of the Andaluzian government have affected the country, commenting on the high gas prices and asking how much it cost him to fill his car with gas. Amor I responded to Govone by stating, "I do not pay anything, it is the taxpayers who pay for me. My people are suffering this together. This struggle is all to strengthen Andaluzia. We are bringing the oil rigs back online, we have already restored one." The comment Amor I made regarding taxpayers paying for his gasoline caused outrage within Andaluzia, with many protestors and news media outlets denouncing Amor I for his comment.[10]

During the midpoint of the meeting, the heirs apparent of the three nations, Alexander, Prince of Extremadura, Antelmo, Prince of Andaluzia, and Carlo, Prince of Salisford, left the meeting together. They were later reported to be seen illegally street racing cars in the streets and highways of San Salvador. Towards the end of the meeting, Amor I expressed his desire to end the meeting quickly, stating that he has an important issue to attend to. In response, Augusto Cabañeras Gutiérrez, the minister of defense of Creeperopolis, asked Amor I, "What is the important issue, did your wife cheat on you again?" His comment was adopted by anti-Amor I protestors and trended on social media sites such as Dice! and Twitter.