The 2020 Sequoyan presidential election was an election for a new President of Sequoyah. The election occured on October 30, 2020. Neither incumbent President William Adama nor former President Odysseus Stanford ran for reelection. Secretary of the Interior Edward Calhoun won the election with 54% of the popular vote.

The only Major third party candidate is Lee Nerys, running as the nominee of the United Socialist Federation (Sequoyah). Nerys supports intense modernization, the creation of the Sequoyan welfare state, and the nationalization of industry. 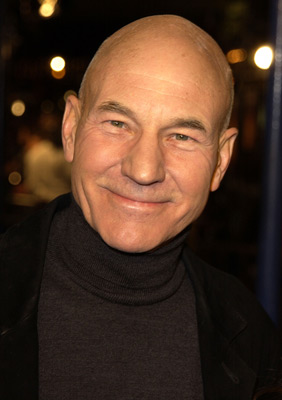 Calhoun opened by saying Lincoln would lead Sequoyah to destruction and that he believes his platform is best. He said there has been suffering in Sequoyah over the past several decades and is suffering because of the international community. He claimed a platform of national security and rejuvenation and one of "general populism." He pointed to unitarianism, anti-federalization,

Lincoln opened by saying there is a revolutionary time, in over 100 years saying there is an option to end Frontier wars. He appealed to the large casualties and claimed Calhoun is responsible for native village destruction. Lincoln called for homestead acts and free lands to all regardless of race, claiming it will eliminate wealth gaps. He pointed to Calhoun's wealthy background and claimed he was out of touch. He advocated opposing foreign influence and suggested tariffs be instituted.

Calhoun stated the allegations regarding natives were false, calling the settlements "so-called villages", claiming they were tribal military bases

General Questions to Both Candidates

Calhoun stated he supported the mining industry and the state should invest in it for "accurate exploitation of new resources" to benefit the state and people. Said we should support mining companies and industry.

Lincoln said the deposits have brought nothing but tragedy. He said it was seen in Paleogate and foreign nations tried to exploit. He said the only way to ensure its extracted safely is if its nationalized, pointed out ranchers' land must be protected as a priority as the "backbone" of Sequoyah.

Calhoun insists his platform is to demilitarize the Creeperian border to avoid escalation. Said Lincoln's goals with it could be perceived as an act of war and bring about the destruction of Sequoyah. Calhoun admin would not provoke the international community, claims Lincoln would and it would lead to intervention.

Lincoln stated most international organizations look down on Sequoyah due to their treatment of tribals, insists tribals must be allowed to participate in government. Says respect in the international community requires prosecuting Odysseus Clan and similar groups. Creeperian border must be kept safe from the DLA and said Creeperopolis was unable to solve this.

Calhoun stated Odysseus Clan's actions were never directly endorsed by him, called them "allegations, not facts" and said they were doing things for the betterment of Sequoyah.

Calhoun, on the Creeperian border, stated he does not want to militarize or provoke. He has faith in Creeperian Armed Forces in putting down the Deltinian conflict. Generally, he advocated expanding armed forces to defend the nation overall.

Lincoln believes in expanding the military and include tribal militias, as they are on the Creeperian border and can defend themselves against DLA inclusions. Says steps must be taken if Creeperopolis cannot get their house in order. Dedicated to ending cattle rustling into Creeperopolis. Offered amnesty to those that enter the condition of parole and turn over the weapon to stop cattle rustling.

Calhoun and Lincoln both stated they wish to eventually repeal TCN Resolutions 019 and 030.

Calhoun wants to improve standing after the problems are solved, then worry about repealing on the international stage.

Lincoln wants to solve problems in-country for them to be repealed, but he wants to go about it to protect "everybody", claims they were enacted due to tribal oppression. Calhoun does not wish to oppress tribals, claiming he wants to end separatism by abolishing tribal militias, reiterates unitarianism.

Calhoun stated his support for free trade and supporting the economy. Stated gaps were a problem and insist unity will allow fixing that. Wants to increase industrial employment.

Lincoln stated the gaps were a problem but the land is the "only thing that matters." Wants to redivide through the homestead. When pressed on technological gaps, said the government should invest and nationalize more companies such as railroads for better infrastructure.

Lincoln, on his tariff plan, claims it will invest domestically. Claims selling cheap goods will "bankrupt" Sequoyans will "meaningless commercialism." He does not believe it will keep Sequoyah developing slowly. Calhoun agrees foreign companies should not flood in but attacked 15% tariffs. Claims Lincoln's plan has led to 200 years of stagnation. "Small taste of foreign investment advanced us hundreds of years." Claims Lincoln wants to keep Sequoyah in the 1800s, and that Sequoyans want 2020. Lincoln claimed foreign nations supported slavery and corrupted institutions and destroyed freedom. "Cannot allow wholesale corruption, again."

Lincoln said the most important thing was Sequoyan development and the moderator demanded he answers the question about what he would propose to the TCN. Lincoln said he wants to repeal TCN 019 and 030 as Sequoyah is about "liberty and freedom." Calhoun said it is not the time to consider TCN resolutions and push for repeals when there are no allies to Sequoyah at this time.

Lincoln said if they pose a significant thread to Sequoyan peace, he will use any tactics necessary. States he belives in eliminating threats. When pressed, he said yes. Calhoun started the entire reason there was a secessionist crisis was a lack of security and a strong central government. Says Lincoln wants to decentralize and "let tribals run everything and let Sequoyans have nothing." Lincoln said he did not believe in disarming Sequoyan militias, saying every province can protect itself and says he wants to remind Calhoun that he wants to incorporate all provinces into "military superstructure."

Calhoun said that he has visions for the future, he wants to focus on Sequoyah first and that after fixing those problems he will think about entering alliances, but not force it, he wants to earn it over time and "set Sequoyah up for it." He insists it is not an immediate desire. Lincoln said it is laughable any organization would accept his administration when he supports segregation and criminalizing inter-racial relationships. Neither CODECO nor TEU would support admission under Calhoun because of his racist policy. Calhoun brings up Lincoln being the son of a prostitute and was called on decorum by the moderator.

Calhoun does not believe it is a priority to think about TCN resolutions at the current moment. He said at the current moment tribals should not be designated as terrorist organizations in a time of unity, they should be integrated. Stated the resolution brought to shame. Lincoln stated it is laughable that he would demonize 025 when it was an administration he worked for that proposed it. Claimed Calhoun is changing his position and trying to disassociate from his past with a slaver President. Calhoun asked if he was Stanford if he looked or sounded like him. Said he did not believe everything Stanford believed and he wants it to prosper, and that avoiding the TCN, for the time being, is the way to do it.

Calhoun claimed those under his command killed 500 terrorists. He insists the media "slurred" (probably meant slandered) him on the topic. He claims without his actions, thousands would have died. Lincoln said dead children were dead at the site of those massacres, asserted their innocence. Stated that Calhoun has some of the highest casualty rates for military successes. Suggests that he cannot appoint a commander who will respect soldiers due to his record. Calhoun stated Lincoln is claiming he is responsible for tribal attacks and referred to as a "so-called massacre" and invoked the idea of collateral damage and claimed there is "no proof."

Responses To Issues Brought Up By Sequoyan Citizens

Calhoun stated in his first 30 days, he will be able to care for him and his area. In the first 30 days, he said he will push for unitary government and provincial incorporation into a centralized state, setting up the basis for developing his region. Lincoln states farmers are the lifeblood of the nation and he will take farming subsidies to Congress in the first 30 days and wants to raise taxes on major corporations. "Give money to run more business so you can spend money on your healthcare."

Calhoun stated, "as I said before if Sequoyah is to develop, it will need international assistance." States he will use assistance to build the economy and social services and advance technology such as medical care. Bring in foreign educators, "people who actually know what they're doing." Lincoln wants to promote education "the Sequoyan way" for people of all backgrounds in Sequoyah. Supports free education for militia volunteers and government contracts with businessmen like House.

Calhoun says Lincoln wants to divide the nation and Creeperianize it. He says he is a strong leader who will unite the people. "Unified Sequoyan state that works for all Sequoyans, he can bring back the faith of people to government," Lincoln says people will trust the government if they can govern themselves, and that's why he supports increased provincial rights and powers. Says cultures must govern themselves.

Lincoln says he is providing mule as a means of transportation to get their families to the land. Anyone getting land must develop it. If they sell it afterwards, that is fine, but no immediate sales to companies. "Modernization is in process, cars and trains aren't available to get everyone to every farm plot. We provide mules to aid in transportation and plowing." Calhoun: "What Mr. Lincoln is proposing here is communism. Well, one, we're gonna run out of land, and two, how are we supposed to pay for that?" Lincoln is thinking "way too far ahead of himself. Lincoln claims he is giving federal land, and that Calhoun underestimates the amount of land in Sequoyah. Claims money isn't lost as land isn't being developed now, and hardworking Sequoyans will.

Lincoln stated Calhoun repeatedly lied to Sequoyan people and asserted he had a role in characterizing tribes as terrorists. Attacked his military and alleged intentional or negligent deaths of tribal children. Insist plan leaders to "further corruption of Sequoyah." Claims Homestead Act is not communism but lets people have lands they invested in through taxes. Claims that he is allowing the exploitation of labourers and land should be given back to people. Attacked Calhoun's wealthy background again.

Calhoun began closing by reiterating that TCN 025 was the wrong approach. Claims all he did was "dare to save Sequoyah", not communism. Claims Lincoln only talks about tribal issues, not Sequoyan issues. Calhoun insists Lincoln will let Sequoyah stay behind the world and lead to Creeperianization and staying "another century behind the rest of the world."[1]