An Exposé of Conditions in Malgan Re-Education Camps

"An Exposé of Conditions in Malgan Re-Education Camps", also commonly known as "The Soislaan Investigation: Uncovering the Horrors of Terranihil", was an exposé piece written by Paleocacherian investigative reporter Ernest Pyle, published on May 29, 2020.

On February 10, 2020, the Terranilian government issued the Stability Order in response to the Free Christian Army's February 7th Attack on Guršaun, which claimed the lives of 169 people and injured over 700. The Stability Order mandated that all Malgans in Terranihil be either deported or moved to re-education facilities for their alleged involvement in the attack, thus beginning the Malgan ethnic cleansing.

On April 16, 2020, Malgax attempted to launch an investigation into the re-education facilities; however, the resolution was vetoed by Quebecshire. Knowledge of what occurred within the facilities was unclear. Many people, states, and organizations believed that the Department of Internal Security and Progressive Guard were systematically killing Malgans. 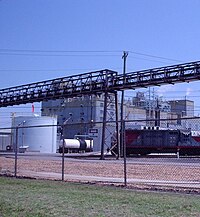 Pyle began his investigation by visiting Koryo to interview an anonymous worker at Dongwha Chemicals company on May 8, 2020.[1] The worker stated that the Department of Science of Terranihil purchased cyanogen chloride and arsine gas, two highly toxic chemicals, from the Korean Ministry of Defense and the Air Force. The worker claimed the shipment was processed and shipped faster than most orders.[2][3]

Pyle traveled to Greater Sacramento to interview Malgans who had escaped Soislaan Re-education Facility on May 17.[4] One of the refugees, a young girl, detailed how the Progressive Guard forcibly removed her and her family from their home and sent them to Soislaan; her grandfather and younger sister died along the way.[5] At the facility, her and her mother were separated from the males and forced to work with little food. She also implied that she was sexually assaulted.[6] Several other Malgans died from disease, malnutrition, exhaustion, and physical abuse by the guards. The school within the camp taught that Christianity was false and attempted to culturally indoctrinate the Malgans.[7]

Pyle then flew to Guršaun, Terranihil on May 27 after recieving a travel visa. He sent an email to the Department for the Reeducation of the Religiously and Politically Disturbed (DRRPD) and requested access into Soislaan under the guise of being a Blue Cross worker; the department rejected his request.

Pyle then drove to Senkrazhi Legáf bar in Labénbies, Melkek. The bar is a few kilometers from Soislaan and is a popular spot for facility workers and Progressive Guards.[8] He casually talked to several facility workers who described their experiences. One of the workers who talked the most was a cargo unloader. He described unloading heavily guarded cannisters that had Korean or Reian writing on them, which were taken to Special Treatment (the supposed area of extermination within the facility). Pyle later asserts that these cannisters were the toxic chemicals purchased from Dongwha Chemicals.[9] The worker also described the malnutrition and abuse of Malgans. He vividly remembers a scene of Malgans being removed from cargo containers on a train after first arriving at Soislaan:

"I watched from afar, pretended like I was workin' and mindin' my own business. A couple cargo trains arrived and I thought it was the usual, but when the PGs opened the crates, it was a buncha Malgans. They were stuffed in there tight. And I could smell the piss and vomit downwind. They weren't too skinny, they'd just gotten there. But they were still bruised. And the PGs were brutal when they took them out. Draggin' old folks out by their feet, smackin' them with batons. Then they separated the men from the women. The kids were screamin' and cryin'. And after they were done, all that was left near the tracks were bodies. Even some kids were layin' there. I got yelled at by my advisor to get away and back to my station, but I think bout those kids every day."[10]

Two other workers described similar conditions. Pyle wished to talk to a Progressive Guard officer who could explain what happened within Special Treatment, but he feared he may be arrested.

Pyle returned to Guršaun on May 28 and met with Omar Surmiati, a Muslim Terranilian journalist for the Guršaun Inquirer. Surmiati had befriended Pyle after studing abroad in Paleocacher.[11] Surmiati cautioned Pyle on his dangerous reporting.[12] He also gave him information to contact a Resistance fighter.[13] Surmiati was anonymous when the article was first published, but he later revealed himself to the public after moving to Paleocacher.

Pyle met with an anonymous Resistance fighter on May 28, who said he believed that the Progressive Guard was exterminating Malgans in the Special Treatment areas. The insurgent provided Pyle with the contact information of an ex-Progressive Guard.[14] Then Pyle accompanied the fighter in transporting a Malgan couple out of Guršaun. They picked up two Malgans from a safehouse who then laid in the trunk of the insurgent's car. They left Guršaun and traveled through Hezedos. Then they entered Etla, after safely passing through two checkpoints. They dropped off the two Malgans to a safehouse in Tulaiza, which is closer to the border.[15]

Pyle contacted and met with an anonymous ex-Progressive Guard on May 29 who had worked in Special Treatment in Soislaan.[16] The guard described removing Malgans from cargo containers at the entry point of the facility. He said several elders died on the way. The Progressive Guard separated the men and women and sent them to shower since many smelled of vomit and urine. Malgans who were able to work made ammunition at a Thetázert factory within the facility. The children and workers all attended indoctrination classes. Special Treatment was opened in mid-May, and doctors arrived at the facility to separate those who would recieve Special Treatment. The ex-guard was moved to the "cleanup crew" in Special Treatment and was tasked with disposing of corpses. He stated:

"Anyway, I got restationed as part of Cleanup in Special Treatment. I would see the Malgers go into the treatment building where they were gassed, then I had to pull out their bodies and move them for disposal. We sent in about forty at a time, ten batches a day. At that rate it would take about four or five months to kill them all."[17]

He states that Malgans were being gassed with toxic chemicals in Special Treatment. He also said: 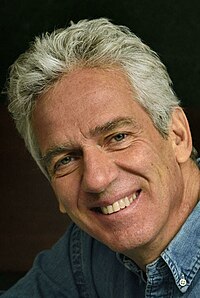 "The protocol was keep the adults that can work, keep the kids that can be reeducated, and kill the rest. The Party only wanted Malgers around if they were productive."

Pyle reported that the ex-guard was likely mentally ill because of several statements he made claiming he knew Chairman Dreichren Ermák, but Pyle believed his description of Special Treatment is credible.

The same day, Pyle returned to Soislaan and, after observing the patrol patterns arounf the facility, launched a drone with a camera about 1.5 kilometers away from the camp. He remotely piloted the drone above the Special Treatment building.[18] He captured several pictures of Malgans being herded into the Special Treatment building.[19] Guards noticed the drone and the facility entered lockdown.[20] Pyle turned off the drone, which crashed down into the facility, and he escaped into the nearby town. A patrol noticed Pyle fleeing and pursued him, though they only found his abondoned car. Pyle had coordinated with a Paleocacherian diplomat the day before; the diplomat picked up Pyle near Soislaan in a diplomatic car. Three suspects were falsely arrested. Pyle and the diplomat drove to Guršaun. Along the way they were stopped by a police officer who possibly recognized Pyle, but allowed the car to go on because it had diplomatic immunity. Pyle then took a plane back to Paleocacher.[21]

Terranihil denied the accusations made by Pyle and claimed the witness accounts and images were fabricated. The Department of Foreign Affairs released the following statement:

"The so-called 'news' reported in Paleocacher is a slandering hit piece against the Terranilian government and its people. The witness reports and images are entirely fabricated. The Department for the Reeducation of the Religiously and Politically Disturbed has been transparent with the public; the purpose of Soislaan facility is to reeducate the Malgan populace.


"The Department of Internal Security reported a security breach at Soislaan facility. An unidentified man piloted a drone over the facility and then fled arrest. The security breach and the publishing of the Paleocacherian article can be no coincidence."[23]

Chairman Dreichren Ermák speaking about the exposé at a conference on June 2, 2020.

The Korean Ministry of Trade, Industry and Energy (MoTIE) confirmed that it sold toxic chemicals to the Department of Science of Terranihil solely for the purposes of scientific research. The ministry requested that Paleocacherian news companies, particularly Politicking, correct their publications to not accuse Koryo of providing chemicals to be used for Malgan extermination.[26]

In Terranihil, riots and protests occured in Hégeis, Tulaiza and Intemil. On June 4, the March on Soislaan occured in which several thousand protesors attempted to break into Soislaan Re-education Facility. The Resistance was successful in helping several Malgans escape the facility. The march resulted in hundreds of civilian deaths and dozens of police deaths.

On June 3, Terranihil released a statement calling for the murder of Pyle.[27] Then on June 4, several assassins attempted to kill Pyle at a conferencem but instead killed Raimundo Galicia, the mayor of Liberty City, and several Paleocacherian civilians. Pyle accused Terranilian authorites of being involved with the attack, but Terranihil denied the accusations.[28]

A bill was proposed in the Council of Aurebeshia to impose "light sanctions" on Terranihil for the Malgan ethnic cleansing.